Home>News>DRC slams France's 'colonialist' stance amid wide skepticism on Tshisekedi win
By AT editor - 11 January 2019 at 6:38 am 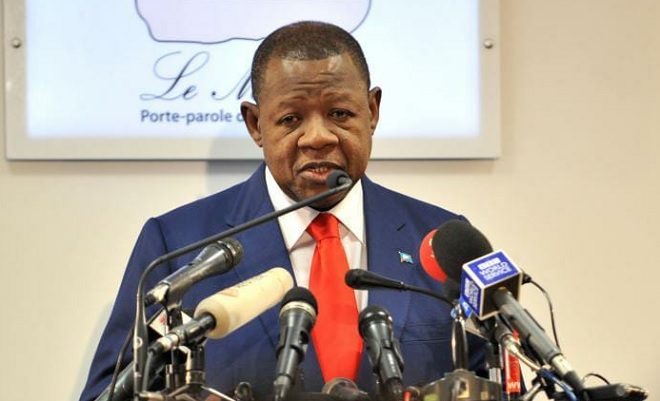 Lambert Mende, the information minister for the Democratic Republic of Congo, was quick to condemn France for a “colonialist attitude” after its foreign minister questioned results of the December 30 presidential election that give opposition politician Felix Tshisekedi the win.

Mende, a ruling party loyalist and ally of outgoing President Joseph Kabila, told Congolese news outlet Actualite.CD that Jean-Yves Le Drian spoke as if his country was a province or colony of France. The response followed Le Drian’s appearance on France’s CNews, in which he questioned the legitimacy of the results released by the DR Congo’s national election commission (CENI) early Thursday.

The French minister was among many observers who expressed skepticism over provisional results that gave Tshisekedi, the Union for Democracy and Social Progress (UDPS) leader, 38.6 percent of the vote. Martin Fayulu, the Engagement for Citizenship and Development (ECiDé) party candidate – backed by the Lamuka coalition and widely considered the polling favorite – received 34.8 percent.

Emmanuel Ramazani Shadary, the Kabila-backed candidate of the Common Front for the Congo (FCC) coalition, had 23.8 percent. While Fayulu rejected the CENI results immediately, suggesting that Tshisekedi struck a much-rumored deal with Kabila, it should be noted that FCC also says they’re reviewing their legal options although Shadary has publicly accepted the results.

“From the analysis of the elements observed by this mission, we find that the results of the presidential election as published by the CENI do not correspond to the data collected by our observation mission from the polling and counting stations,” the Roman Catholic leaders said in a statement.

The United States, UK and others also have questioned the provisional results, and the United Nations Security Council is expected to address the matter Friday.