Home>News>Mindful 'Step for Refugees' matches migrant journeys to fitness goals
By AT editor - 11 January 2019 at 2:59 pm 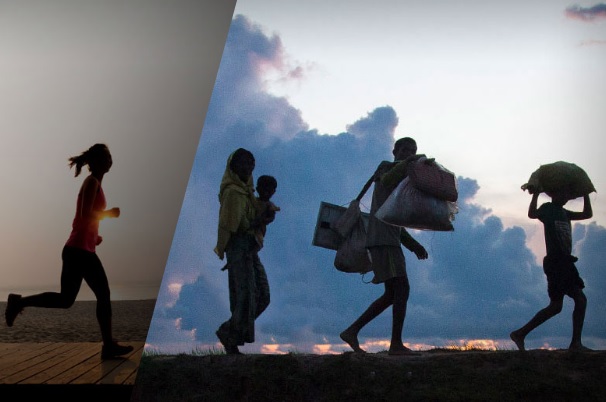 The United Nations is calling on global citizens to stand in solidarity with the world’s migrants and refugees – this time not by standing at all, but by walking, running and biking.

UNHCR, the UN agency for refugees, launched a project this week that invites the world to cover the same distances that migrants and refugees collectively do while trying to reach safety. The “2 Billion Kilometers to Safety” campaign asks people to match their own fitness miles to those far more arduous migrant journeys, keeping them mindful of refugee transit while boosting their own fitness goals and encouraging donations.

The 2019 effort expects participants from 27 countries who register the kilometers – or in the United States, the miles – they’re covering on a dedicated website. They can manually enter the distances there, or they can use an app for FitBit or Strava that will automatically send the counts to the system.

“This campaign will encourage people to support refugees through something they are already doing – walking, cycling, running,” said UNHCR Deputy High Commissioner Kelly T. Clements. “At a time when we are facing so many misconceptions about refugees, it is vital that we remind ourselves of the real and dangerous journeys they are forced to take.”

More information about Step for Refugees is available here.