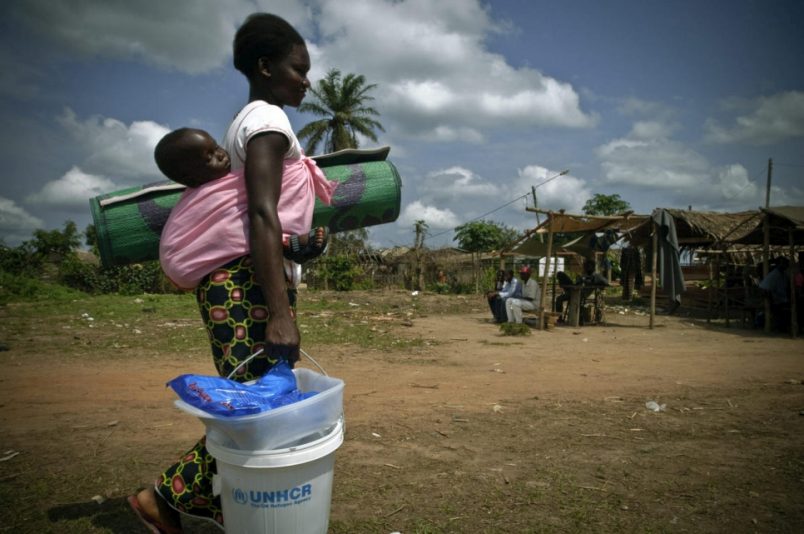 The clashes between the Banunu and Batende people stretched across four villages in the far western region, with a death toll that far surpasses the initial reports that led officials to suspend voting in the December 30 election there.

In addition to existing rivalries, the Batende were supporting Emmanuel Ramazani Shadary, while the Banunu preferred opposition candidates in a highly divisive contest in which Felix Tshisekedi of the Union for Democracy and Social Progress (UDPS) party was declared winner with 38.6 percent of the vote.

The OHCHR investigation found nearly 500 homes and community buildings burned down or ransacked, including the local office of the Congolese national electoral commission, CENI. The fighting sent an estimated 16,000 people across the border to seek refuge in Congo-Brazzaville.

“It is crucial that this shocking violence be promptly, thoroughly investigated and the perpetrators be brought to justice,” said OHCHR head Michelle Bachelet.

The situation remains volatile in DR Congo, where presidential candidate Martin Fayulu and his Engagement Pour La Citoyenneté et Le Développement (ECiDé) movement rejected the voting results with a legal challenge. A ruling from the country’s Constitutional Court is expected by Saturday.

Independent organizations within and outside of the country say Fayulu, officially awarded just 34.8 percent of the vote, was clear winner by an undisputed margin. The results are widely considered suspect by other governments, including France.

The African Union and Southern African Development Community (SADC) will hold emergency hearings on the DR Congo elections in Addis Ababa on Thursday.