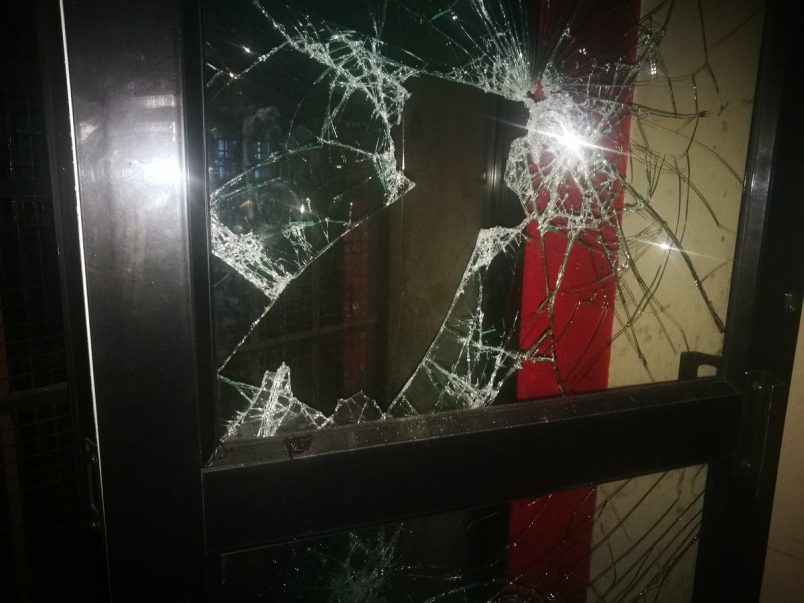 Even as he appeared in court yet again Thursday morning in Harare, it’s clear that the cauldron of outrage in Zimbabwe over the nation’s political and economic situation has boiled over – causing international concern as Zimbabwean forces meet days of street protests with deadly violence.

At least five people have died as protests erupted across major cities following President Emmerson Mnangagwa’s announcement of a sharp fuel price increase on Saturday. Physicians in Zimbabwe told the Human Rights Watch NGO that they had treated 25 people for gunshot wounds by Monday.

Mawarire, the high-profile leader of Zimbabwe’s “This Flag” movement, is one of at least 600 people who have been arrested. The country remains in crisis with looted shops, Internet shutoffs and a general strike. “My twitter account has now been blocked from viewing locally,” Mawarire said Tuesday. “These silencing tactics have already failed. We’re asking for a better nation, that’s all.”

Many Zimbabweans hoped for that better nation after the November 2017 ouster of former president Robert Mugabe, but say they’ve yet to see improvements under Mnangagwa and his continued Zanu PF leadership. Mawarire explicitly makes the connection between the former regime and the current one.

That’s exactly what many observers warned would happen when the aging Mugabe was removed by force after three decades in power. Mnangagwa ally General Constantino Chiwenga had threatened military intervention over Mugabe’s removal of Zanu PF party members, Mnangagwa among them, as he floated the idea of his wife Grace succeeding him as president. Their opposition led to the arrest of a number of Zanu PF ministers who supported Mugabe, exacerbating a rift with Mnangagwa supporters.

Mnangagwa prevailed but still faced a political challenge in Zimbabwe’s 2018 elections. He also still blamed the “Group of 40” politicians backing Mugabe for interference, including a June bomb attack while campaigning in Bulawayo. While he denied any security crackdown at the time, more protester deaths and politically motivated arrests soon followed in a divided Zimbabwe after July 30 elections.

Nelson Chamisa, candidate for the long-standing Movement for Democratic Change (MDC) opposition party, challenged the results of an election he narrowly lost to no avail; MDC party leader and human rights advocate Tendai Biti was arrested. As recently as November, Chamisa himself was again threatened with arrest because the government views him as responsible for the electoral violence.

Earlier this week, Chamisa posted images of the shattered glass and alleged fire bombing of his opposition party headquarters while publicly blaming “Zanu PF thugs” for the attack. Meanwhile, the nation’s security minister again blamed MDC for the violent protests. The MDC party on Wednesday appealed to South Africa to intervene.

Mnangagwa finally issued a statement, also on Wednesday. “What we have witnessed is violence and vandalism instead of peaceful, legal protests. There can be no justification for violence, against people and property,” he said. “Violence will not reform our economy. Violence will not rebuild our nation.”

The president stressed his efforts to rebuild Zimbabwe’s broken economy, including his plans to travel to the World Economic Forum in Davos, Switzerland, next week. It’s the same thing Zimbabweans heard from him in October, when Mnangagwa and Vice President Kembo Mohadi banned public protests – ostensibly because of the county’s cholera outbreak – and instituted price controls to quell public panic over shortages of food, fuel, medicine and other necessities. Value of the bond notes introduced in 2016 to address Zimbabwe’s currency crisis was falling even as citizens faced a new digital transaction tax, in yet another repetitive cycle of the inflation and wider economic woes plaguing the nation for the last decade.

And Mawarire was arrested for much the same reason in 2016, too, when he launched “This Flag” and his calls for a two-day national strike were met with charges of inciting violence. He was arrested again on subversion charges in January 2017 after pleading his case in the United States, and again in June 2017 after joining medical students protesting high university fees – a year before the recent doctor strike. By last March, he had been arrested so many times he announced he was filing a harassment lawsuit.

Yet Mnangagwa still blamed Western sanctions for killing Zimbabwe’s economy in 2009, in remarks Thursday during his meeting with Belarus President Alexander Lukashenko. He’s currently not in the country as he completes a diplomatic tour that saw him say much the same to President Vladimir Putin while in Moscow. It’s from afar that Mnangagwa has tried to convey empathy with his people, adding to their frustration over the lack of sincerity and meaningful change. It’s also from afar that the Zanu PF president is maintaining his distance, again, from the heavy-handed security response to protesters.

“I understand the pain and frustration that many of you are feeling. Resolving Zimbabwe’s economic challenges is a monumental task, and while it may not always feel that way, we are moving in the right direction,” Mnangagwa said. “We will get there.”