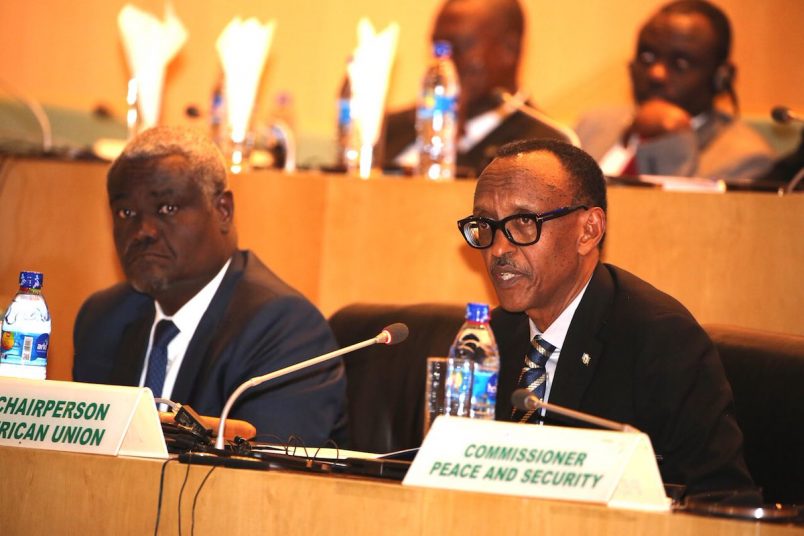 The African Union has called on the Democratic Republic of Congo to suspend the announcement of final results in the contested December 30 elections, following an emergency meeting at AU headquarters on Thursday.

The AU and other stakeholders in Addis Ababa said there were “serious doubts” on provisional results that gave opposition candidate Felix Tshisekedi the victory, when those results released by the DR Congo’s national electoral commission (CENI) were compared with votes cast.

The meeting was led by President Paul Kagame of Rwanda, the current AU chair, with the AU Commission chief Moussa Faki Mahamat on hand alongside of Southern African Development Community (SADC) representatives. The DR Congo belongs to the 16-member SADC body.

The group also decided to send a delegation consisting of Kagame, Mahamat and other heads of state to DR Congo to assist with the electoral crisis. “The meeting urged all concerned actors in the DRC to interact positively with the high-level African delegation in the interest of their country and its people,” the AU said in its statement.

Those numbers are inconsistent with findings from independent organizations within and outside of the country that put Fayulu as the clear winner by an undisputed margin. Fayulu has filed a legal challenge, with the Constitutional Court ruling expected by Saturday.