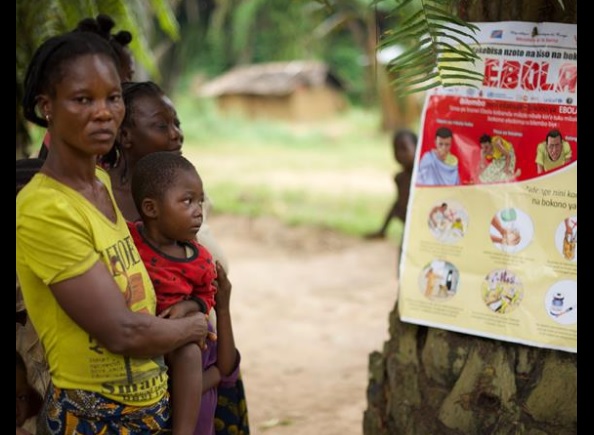 The Ebola outbreak in Democratic Republic of Congo has now claimed 410 lives, with the number of cases reported Thursday by the country’s Ministry of Health rising to 668.

The new total includes 619 confirmed cases and 49 probable. Another 146 suspected cases are under investigation in what is now the second-largest Ebola outbreak in global history, after the 2014 West African outbreak. 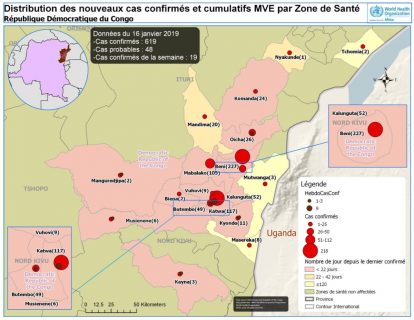 There are confirmed cases in 18 communities in the eastern provinces of North Kivu and Ituri, near the borders with South Sudan and Uganda. They include three new cases, two of them fatal, in Kayina, which is now the farthest point south that Ebola cases have been confirmed.

The city of Goma near the Rwandan border remains under surveillance with four suspected cases but none confirmed. Health officials ramped up preparation efforts ahead of any Ebola cases there because it is a travel and trade hub that opens the door to a more worrisome regional and international spread.

No new cases have been reported in Beni since January 1, but it remains a hotspot along with Butembo, and more recently Katwa and Komanda. More than 61,000 people have received the approved rVSV-ZEBOV experimental vaccine, nearly 20,000 of them in Beni, which accounts for about a third of all fatalities.

The outbreak is in a critical phase at the six-month mark, the World Health Organization said in its Wednesday update. “The outbreak continues to evolve in a particularly complex and challenging environment, marked by a volatile security context, which continues to hinder the implementation of key response activities,” the WHO added.

There are now 57 health workers who have contracted the virus, with 20 fatalities among them.