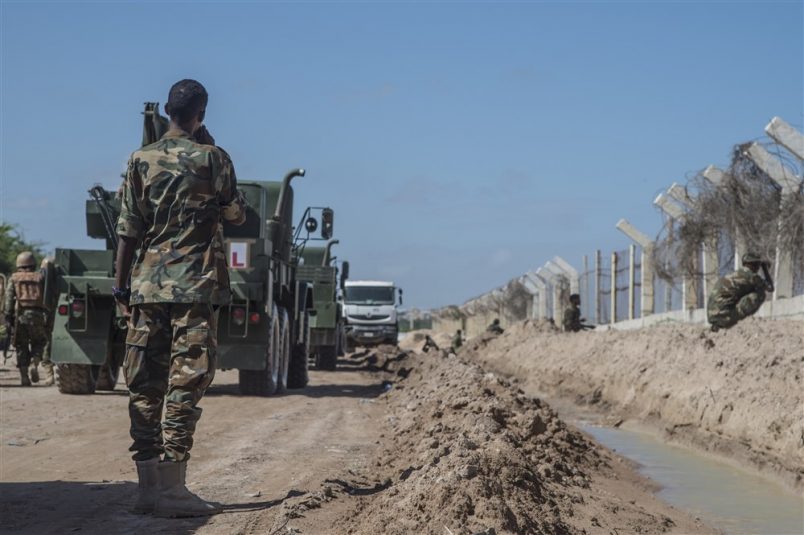 The United States says 52 al-Shabaab militants were killed in an airstrike on Saturday that targeted them near the town of Jilib in Somalia’s Middle Juba region.

The airstrike came in response to an al-Shabaab attack against Somali National Army Forces, according to the U.S. Africa Command (AFRICOM). The AFP reports the earlier attack occurred at Bulogagdud  military base, leaving eight Somali soldiers killed and the camp itself looted.

“U.S. forces will use all effective and appropriate methods to protect the Somali people, including partnered military counterterror operations with the Federal Government of Somalia, AMISOM and Somali National Army forces,” the military’s statement said.

Meanwhile, Ethiopia’s military is planning a massive reponse to an attack on its forces serving with the African Union (AMISOM) in Somalia, leaving three of them wounded on Friday. Ethiopia’s defense minister, Aisha Mohammed, confirmed Saturday that suspected al-Shabaab fighters ambushed Ethiopian soldiers on the road between Burhakaba and Baidoa. That’s in the Bay province adjacent to Middle Juba, and northwest of Mogadishu.

Both developments follow Tuesday’s attack on the Dusit hotel complex in Nairobi, Kenya. The bold mid-afternoon bombing and gunfire – for which al-Shabaab claimed responsibility – left 21 people dead. It came on the anniversary of the group’s 2016 attack on Kenyan military personnel at El Adde in Somalia.

Mahir Khalid Riziki, the suicide bomber who committed the attack with six other gunmen, was a native Kenyan but returned from Somalia on January 12 after receiving training there last year.