Home>News>DR Congo court rejects Fayulu election challenge
By AT editor - 20 January 2019 at 2:37 am 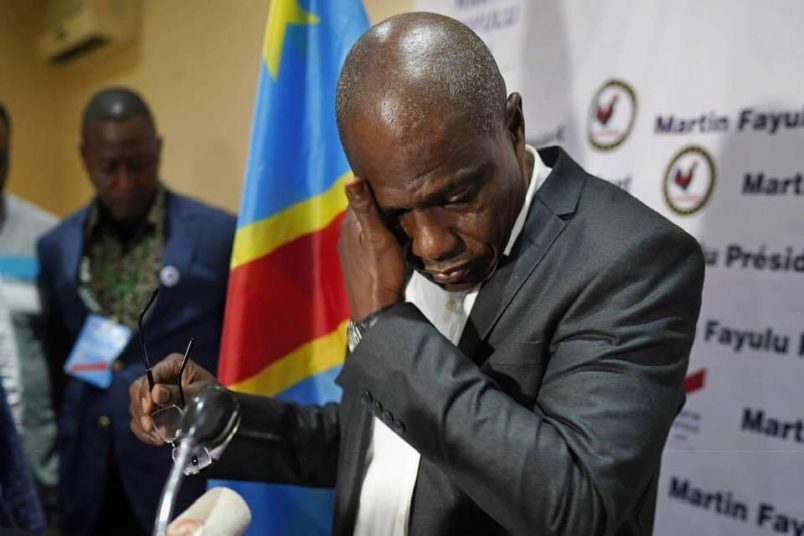 The Constitutional Court in Democratic Republic of Congo has dismissed an appeal filed by losing presidential candidate Martin Fayulu, in a ruling late Saturday that paves the way for final confirmation of a victory for Felix Tshisekedi of the Union for Democracy and Social Progress (UDPS).

The court’s decision was based on what they determined was a lack of compelling evidence from Fayulu that he was the rightful winner. Tshisekedi received 38.6 percent of the vote on December 30, according to provisional results from the DR Congo’s national electoral commission (CENI) announced on January 10.

But those numbers were inconsistent with findings from independent organizations within and outside of the country that put Fayulu as the clear winner by an undisputed margin. They included the National Episcopal Conference of Congo (CENCO), the organization of influential Roman Catholic bishops, which said again on Tuesday that there are discrepancies between reported CENI results and the count from its network of thousands of independent observers. The court refused to consider their findings.

“From the analysis of the elements observed by its mission, CENCO notes that the results of the presidential election as published by the CENI do not correspond to the data collected by this observation mission from the polling stations and recount,” the CENCO said in its statement.

On Thursday, the African Union – following an emergency meeting at AU headquarters in Ethiopia – called on the DR Congo to suspend the announcement of final results. Fayulu welcomed their intervention, but Congolese officials rejected the AU appeal and said Friday they are moving forward.

A high-level delegation including President Paul Kagame of Rwanda, the current AU chair, and AU Commission chief Moussa Faki Mahamat, is expected to arrive in DR Congo on Monday to assist with the country’s electoral crisis.