Home>News>Zimbabwe blames 'fake' police, military imposters for brutal crackdown
By AT editor - 20 January 2019 at 3:44 am 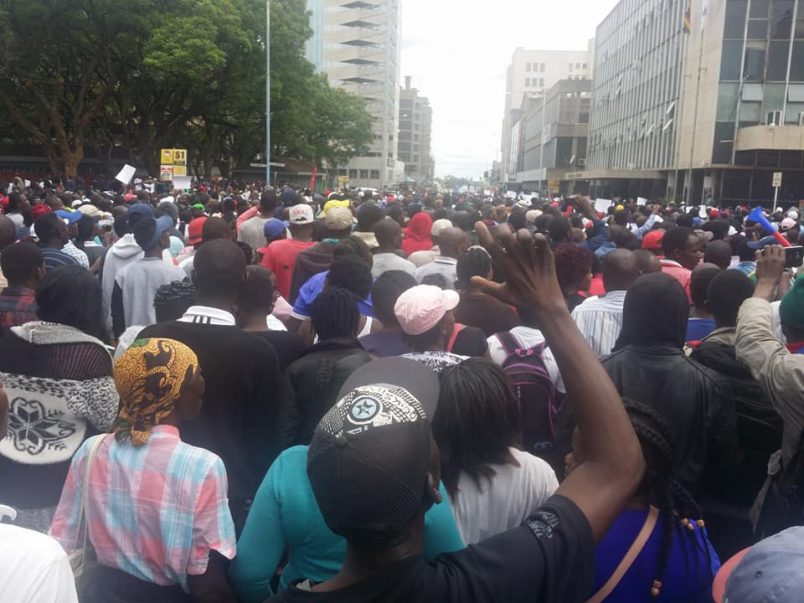 Zimbabwe’s security forces said Saturday that they’re not the ones responsible for a week of violent crackdowns on protesters and opposition political leaders in the economically troubled nation. Rather, it was “fake police,” and criminals and imposters in stolen military uniforms who brutalized civilians.

The explanation was offered during a press conference in Harare and immediately dismissed by the Movement for Democratic Change (MDC) opposition party, and Zimbabwean human rights groups. They have seen at least 600 people arrested since Zimbabwe’s economic protests against President Emmerson Mnangagwa and his government erupted last weekend, with a dozen people dead.

“This excuse is both pathetic and childish. Mnangagwa and General Chiwenga were responsible, please stop wasting our time, just account,” said MDC spokesman Nkululeko Sibanda. “No one will believe this nonsense.”

Masaraure was taken from his home by armed men and tortured before he was handed over to police, according to an update from the Amalgamated Rural Teachers Union of Zimbabwe (ARTUZ). The Zimbabwean teacher is president of the organization.

“We condemn the persecution of Masaraure, (Robson) Chere and all other activists,” the group said, referring to the ARTUZ secretary general arrested earlier this week. “This persecution is meant to delay the people’s struggles, we however remain resolute and stand by our leadership.” Chere faces assault charges.

Family members of Crisis in Zimbabwe coalition leader Rashid Mahiya also have been harassed and detained. Soldiers claiming to be looking for him held his mother, Hilda, and brother Douglas, according to Zimbabwe Lawyers for Human Rights. Douglas was beaten and tortured before being released.

High-profile arrests also include that of “This Flag” movement leader Pastor Evan Mawarire, who faces subversion charges and remains in custody.