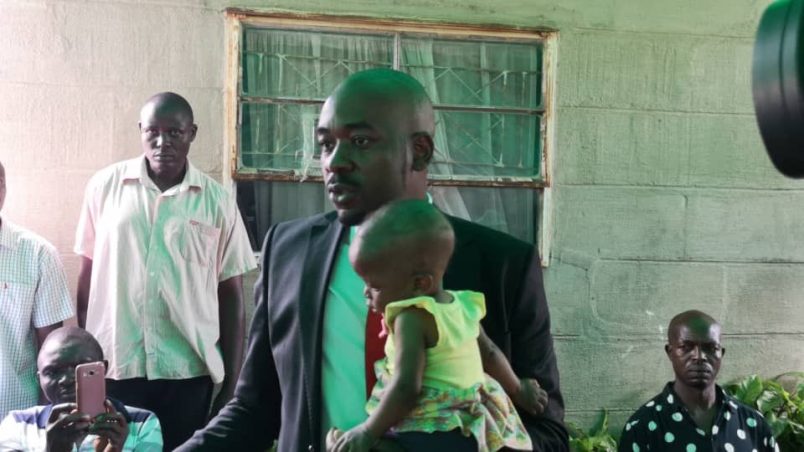 President Emmerson Mnangagwa returned to Zimbabwe to deal with the nation’s protests and political crisis, skipping a trip to the World Economic Forum in Davos, Switzerland that followed his official visits to Russia and Eastern Europe.

The president defended his decision to raise fuel prices – the proximal cause of long-simmering economic frustrations – and condemned the subsequent violence in a statement upon his return.

“What followed was regrettable and tragic,” he said.” Everyone has the right to protest, but this was not a peaceful protest. Wanton violence and cynical destruction; looting police stations, stealing guns and uniforms; incitement and threats of violence. This is not the Zimbabwean way.”

Mnangagwa also warned that excessive force and other misconduct on the part of security forces was “a betrayal of the new Zimbabwe,” and promised that “heads will roll” pending any investigations.

Opposition leaders rejected the Zanu PF president’s call for unity and national dialogue, and the reassurances from Zimbabwean ministers that the country was open for business.

“Zimbabwe can’t be open for anything without being open to its citizens’ concerns.” said Nelson Chamisa, the leader of the Movement for Democratic Change (MDC) opposition party who lost a disputed 2018 election to Mnangagwa following the ouster of former president Robert Mugabe.

“We call for an immediate end to the crackdown and terror that has induced insecurity across the country,” Chamisa said. “We call for the unconditional release of all prisoners of conscience and political detainees whose rights continue to be violated.”

Some opposition politicians are in hiding as Zimbabwean human rights groups report at least 600 people have been arrested and a dozen killed in 10 days of unrest. They include Kelvin Choto of Chitungwiza, whose funeral Chamisa, above, attended at the weekend. The detentions include trade union leaders and prominent opposition activists whose arrests are cause for international concern.