Home>Commentary>Talking African economy at Davos: The AfCFTA and a unified market
By Laureen Fagan - 23 January 2019 at 1:15 am 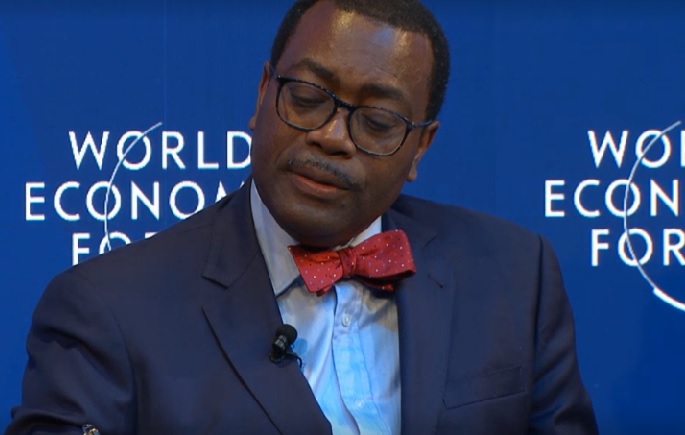 When it comes to a unified African market – the topic of Tuesday’s panel discussion at the World Economic Forum in Davos – Bernard Gautier, deputy CEO of French investment firm Wendel Group, made it easy to see the existing barriers to business and Africa’s economic growth.

There’s an office in Morocco with a Congolese staffer and one from Cameroon, he said, but they can’t get to Kenya. One will need weeks to get a visa, while the other can’t get one at all. As Akinwumi Adesina, president of the African Development Bank pointed out, about half of the 54 African nations still require visas for travel; just a quarter don’t require them, while another quarter issue them on arrival.

Moving goods isn’t any easier. “Today it costs less money to bring a car from Paris to Lagos, than from Accra to Lagos,” said Gautier, an advocate of what the African Continental Free Trade Area (AfCFTA) agreement can achieve for Africans who are looking to create 18 million jobs each year through 2035.

That’s exactly what the panel of five facilitated by Arancha Gonzalez Laya, the executive director of the International Trade Centre, came to talk about. Laya called the AfCFTA “one area of good news” in the faltering globalization arena, which has seen economic growth slow in China and countries like the United States pull back on trade issues.

‘The next China, after China’

Yet there’s a long way to go for the AfCFTA to deliver on its potential. It was adopted in March 2018 after plans first began through the African Union in 2012. So far, 18 countries have ratified the agreement, or passed legislation to do so, with just four more needed before the AfCFTA will enter into force. Many are in West Africa, with Côte d’Ivoire becoming the most recent signatory in December.

North Africa has so far held out on the agreement, though all countries there have pledged to sign. And Nigeria remains a sticking point, as trade union leaders press for protections. President Muhammadu Buhari, facing elections in another three weeks, is still awaiting results of a study expected this month.

In the meantime, Adesina and other Davos panel participants made the case for just how transformative implementation of the trade agreement might be. The AfCFTA envisions the free movement of goods and services across African borders, with a common African passport and cross-border movement for its people. It’s being supported by initiatives like the Single African Air Transport Market (SAATM) launched a year ago, and the AU Supply Chain Platform unveiled at a workshop in Ethiopia last week.

Adesina’s argument for “bringing all the walls down” rested on solid population and economic data. By 2050, the African population will compare in size to that of India or China, with a similar growth in the middle class. “Think of the next China, after China,” he said. “This is exactly what the continental free trade area is, almost $3 trillion of combined GDP. That’s the market to focus on.”

What the AfDB has already learned is that African countries that participate now in regional markets are the ones with more economic stability, in part because they are buffered from global economic shocks affecting nations that rely on exporting raw materials. Those resources also should be kept in Africa to support its own value-added industries, rather than seeing the profits go to global partners.

Under AfCFTA, the new African Economic Outlook 2019 estimates an initial increase in Africa-to-Africa trade of 15 percent and some $2.8 billion in gains in real income when Africa’s bilateral tariffs are removed. Eliminating other barriers will be worth $37 billion and push trade gains up by more than 100 percent. That becomes far greater with the implementation of the World Trade Organization’s Trade Facilitation Agreement (TFA), which went into force in February 2017.

More than 30 African nations have signed TFA, in anticipation of trading costs reduced by 14 to 18 percent, and a 0.5 percent boost in world trade expected to benefit the world’s least developed countries (LDCs) most. That has the potential for real economic impact across Africa, where the vast majority – 33 of the 47 LDCs – are located, but it’s not without significant challenges in financing energy and infrastructure needed to support its growth. Also critical to Africa’s free trade transformation is the need for political stability, and tech sector development to avoid what panelist Rob Shuter of MTN called “data nationalism.”

The foundation for Africa’s success are its small- and medium-sized businesses, and support for the role of women and youth in driving entrepreneurship is a priority. The SMBs account for 75 percent of all African business, Adesina said, but only 20 percent have access to finance. The same problem exists on a continental scale: Just 15 countries, led by South Africa, account for 85 percent of the continent’s trade.

“The issue is how do we expand that? Well you can’t do that unless you have trade finance,” he said. The AfDB is investing $1 billion to support SMBs, which was important to panelists including Oxfam executive director Winnie Byanyima as she stressed the importance of addressing economic injustice. Her remarks followed Monday’s release of the Oxfam report on inequality, which many view as driven by factors of unchecked globalization.

Africa, and especially its women and youth, need jobs that provide security rather than a poverty she compared with slavery. “We need to prevent our trade bloc from the risk of allowing the rich countries to undercut our industrial development,” she said, urging Africa to learn from the mistakes of others in implementing the AfCFTA.