Home>News>So far, African leaders are silent as world weighs in on Venezuela
By AT editor - 24 January 2019 at 8:06 pm 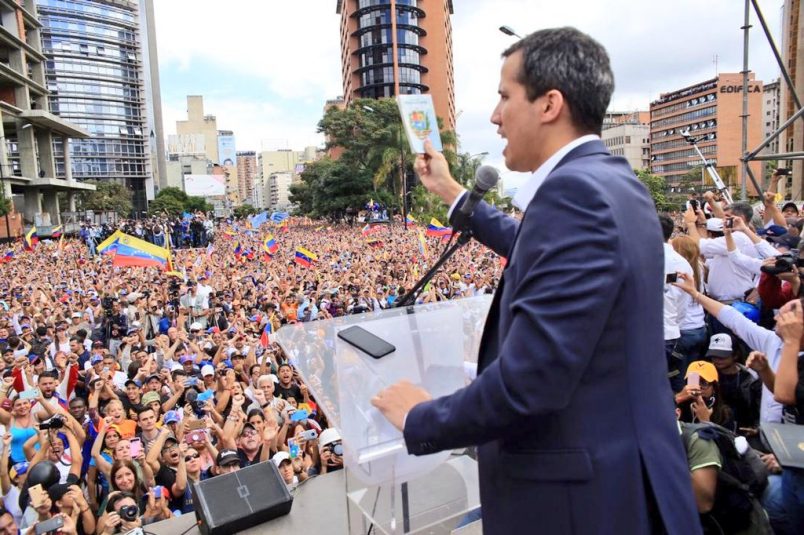 African nations have thus far remained silent on Venezuela, as global leaders declare their loyalty to President Nicolas Maduro or offer their recognition of a new government under Juan Guiado, the national assembly leader who declared his own interim presidency on Wednesday.

South African President Cyril Ramaphosa extended his congratulations to Maduro during the inauguration ceremonies for Maduro’s second term two weeks ago, but has yet to comment on new developments from Davos where he is attending the World Economic Forum with President Paul Kagame of Rwanda and other leaders.

South Africa’s Communist Party issued a statement condemning regime change in Venezuela and supporting Maduro as the choice of its citizens, while the African National Congress has yet to comment.

The African Union, which sent electoral observers to Venezuela in May, also has no formal statement.

Meanwhile, sharp divisions are emerging over Guiado’s announcement. Western nations including the United States, Canada, France and the UK have committed their support for Guiado. “After the illegitimate election of Nicolas Maduro in May 2018, Europe supports the restoration of democracy,” said French President Emmanuel Macron. “I applaud the bravery of hundreds of thousands of Venezuelans who walk for their freedom.”

Guiado says President Pedro Sanchez of Spain backed him during a phone call Thursday morning, while Germany – and the European Union representatives – support the legislature and a new election.

“The EU strongly calls for the start of an immediate political process leading to free and credible elections, in conformity with the constitutional order,” said the EU statement. “The EU fully supports the national assembly as the democratically elected institution whose powers need to be restored and respected.”

President Jair Bolsonaro of Brazil, which maintains close ties with Africa’s Lusaphone nations, announced his support for Guiado alongside Argentina, Chile, Peru and other regional neighbors. “Brazil will politically and economically support the transition process in order for democracy and social peace return to Venezuela,” he said.

Russia, China, Turkey and Cuba are among those supporting Maduro. “China has consistently pursued the principle of non-interference in other countries’ internal affairs, and we oppose foreign interference in the internal affairs of Venezuela,” said Hua Chunying, spokeswoman for China’s Ministry of Foreign Affairs, during Thursday’s press briefing.