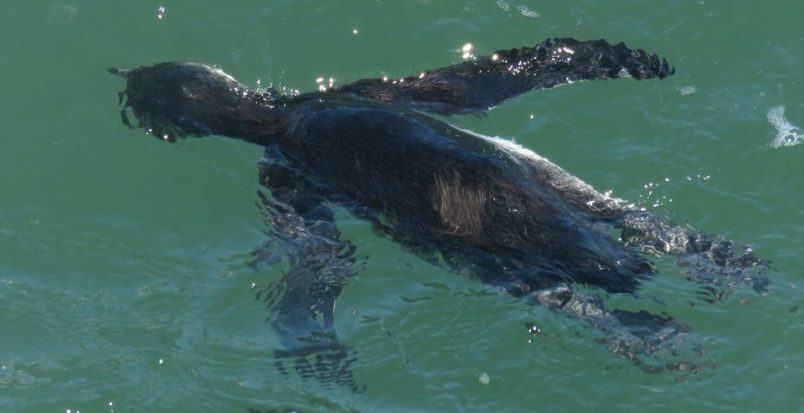 Experts at the Lüderitz Marine Research facility in Namibia are working to understand why hundreds of endangered penguins have died at Halifax Island, an important breeding site for African penguins.

“No other species seems to have been affected,” the researchers said. “We are seeing decades of conservation efforts and rehabilitation work vanishing under our eyes.”

The marine teams say they noticed a spike in penguin deaths in mid-December, when penguins were seen floating in the sea by tour boats and started washing up on shore. By mid-January, it was clear there was “an unprecedented mortality event” that could be seen from the mainland.

The researchers were able to go to the island two weeks ago, where they picked up more than 200 recently dead penguins and brought back four sick ones. They died despite intensive efforts to save them, and weather conditions have prevented teams from returning to the island since.

The count is likely much higher because penguins also have been washed out to sea and dead penguins, most of them adults, are still washing up on the shore on Halifax.

Samples from the penguins were sent to the government’s veterinary lab in Windhoek, but Lüderitz scientists don’t have any answers yet.

“It isn’t pollution, it isn’t oiling, it isn’t harmful algal bloom toxins,” they said. “It is a virus and our penguins are dying! We urgently need to contain this outbreak and mitigate its impact and prevent its spread.”

The International Union for Conservation of Nature (IUCN) lists the African penguin as endangered, with a decreasing population of about 50,000.