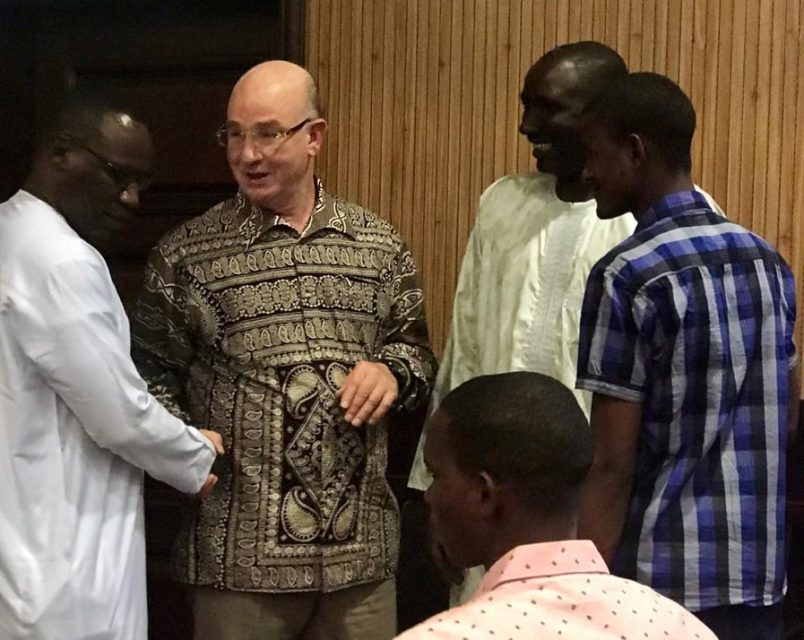 An elusive peace deal between the Central African Republic and armed rebel groups operating there has finally been reached, according to the African Union (AU) and MINUSCA, the United Nations mission in CAR.

Smail Chergui, the AU commissioner for peace and security, announced the deal on Saturday following days of talks in Khartoum between 14 rebel group leaders and the CAR government led by President Faustin Touadéra. They include the Union for Peace in the Central African Republic (UPC) and Patriotic Front for the Renaissance in the Central African Republic (FPRC) leaders, above, from the former Séléka group that splintered into hostile factions after years of conflict against Christian anti-Balaka fighters.

“We agreed on all the issues they (the armed groups) had asked,” said CAR Minister of State Firmin Ngrebada, in a press conference following the Saturday session of talks at the Academic Center of Khartoum. “As I speak to you, the draft peace agreement and national reconciliation is ready.”

The negotiations, facilitated by the AU-led African Initiative for Peace and Reconciliation, began in February 2018. While details of the agreement were not released with the announcement, the rebel groups have insisted in the past on political power-sharing and amnesty for rebel fighters. The 14 groups also have said they will participate in a national dialogue process but previously insisted it be held outside of CAR in a neutral country.

There’s guarded optimism about the agreement, but it comes on the heels of a UPC attack just one week ago in the Bornou district, where at least 18 civilians were killed while attending a funeral. Attacks on CAR villages have continued with frequent reports of mass fatalities, looted and burned villages, and some 2.9 million people are expected to need humanitarian aid this year. CAR is also among the world’s most dangerous locations for peacekeepers and humanitarian aid workers.