Home>News>AfCFTA, conflict and migration in focus as AU prepares for summit
By AT editor - 8 February 2019 at 4:27 am 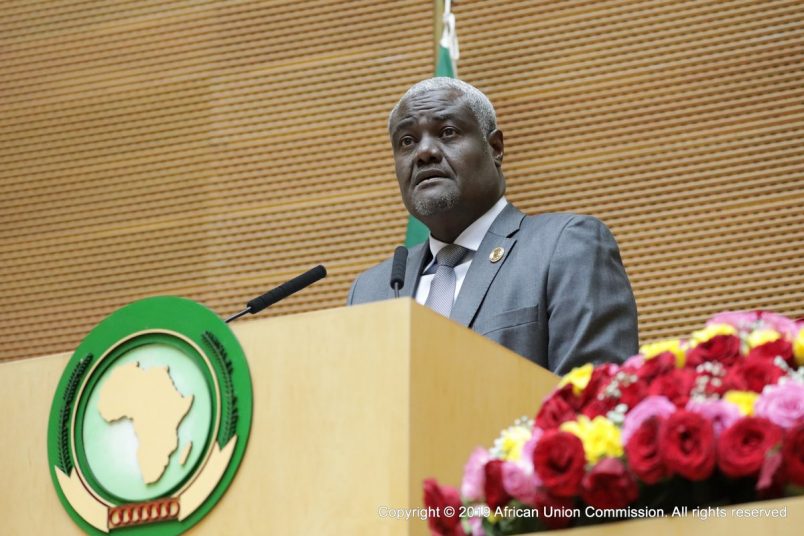 Africa is making great progress on common-market goals but faces many challenges in dealing with refugee crises and the conflicts that cause them, said African Union Commission Chairman Moussa Faki Mahamat on Thursday as he delivered opening remarks ahead of the AU Summit in Addis Ababa.

The African Continental Free Trade Area (AfCFTA) agreement likely will come into force in the coming weeks, he said. “I hope that the six countries that have not yet signed this instrument will do so in the shortest possible time and that those who have already taken this step will quickly conclude the ratification procedures,” Faki Mahamat added.

The development of the related unified African passport and mobility policies, as well as central financial institutions such as the African Monetary Fund, also must be accelerated.

Yet the theme of this year’s AU Summit, with sessions beginning Monday, remains the issue of refugee and migrant crisis. Faki Mahamat stressed the need to end Africa’s many conflicts which remain the cause of so much internal displacement and cross-border movement. He noted that the goal to end conflict by 2020 remains ambitious but not impossible.

Africa has the second highest global burden of displacement, hosting about 37 percent of the world’s 19.6 million refugees and having 39.1 million internally displaced people, according to Dr. Vera Songe of the United Nations Economic Commission for Africa (UNECA). In her remarks, Songwe urged African foreign ministers to embrace policies that assist with movement and regional integration.