Home>News>UN Security Council set to visit as Guinea-Bissau campaigns begin
By AT editor - 15 February 2019 at 6:21 am 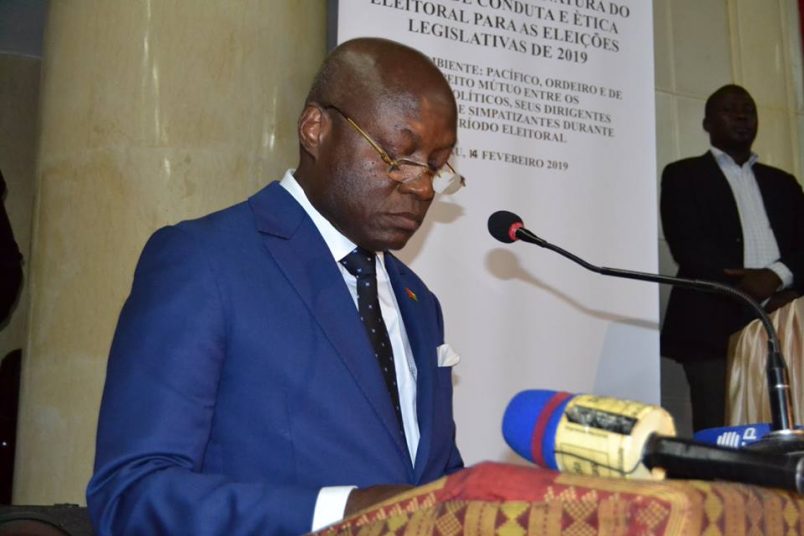 Ambassadors of the United Nations Security Council are in West Africa, visiting in Côte d’Ivoire before paying a critical visit to Guinea-Bissau ahead of the nation’s delayed elections.

Vaz announced in December that the legislative elections will be held on March 10, with the expectation that the presidential vote will follow shortly thereafter; his term ends in June. Campaigning will began on Saturday, meaning there’s renewed concern over the potential for unrest in Guinea-Bissau.

Vaz and candidates from all 21 parties attended a ceremony, above, on Thursday to sign pledges on their conduct during the campaign.

The former Portuguese colony has remained in political crisis since August 2015 when a Vaz split with former prime minister Domingos Simões Pereira led to the dissolution of his government and bitter divisions within the main PAIGC party to which they both belonged.

Protests and political violence followed, as did the country’s continued instability. There’s been an uptick in street protests in recent days, with teachers demanding back pay in an ongoing strike and student demonstrations that led to vandalism and clashes with security forces.

The United States on Thursday recommended postponing travel to Bissau through at least February 22, when the U.S. embassy in Senegal will reassess the situation. There is no U.S. embassy in the country.

Meanwhile, journalists at Televisão da Guiné-Bissau (TGB) have complained of politically motivated censorship and interference in their duties, prompting advocacy on their behalf from Reporters Without Borders (RSF). “This interference is unacceptable and is undermining the pluralism of opinions in the media just weeks before parliamentary elections,” said Assane Diagne, RSF’s West Africa director.

A Security Council update issued last week ahead of the trip by the UN peacebuilding office in Guinea-Bissau expressed concern over the slow implementation of the ECOWAS Conakry Agreement meant to end the crisis.