Home>News>Rights groups see Obiang retaliation, push back against Equatorial Guinea
By AT editor - 16 February 2019 at 6:08 am 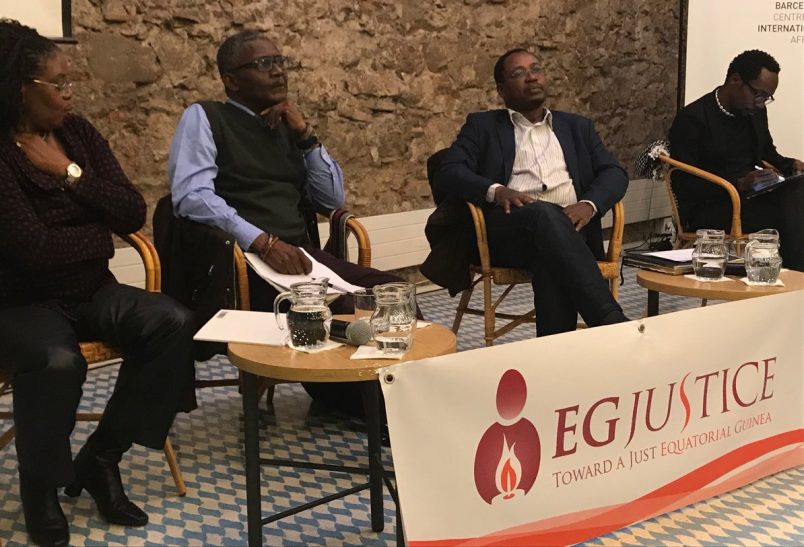 Ten human rights and anti-corruption organizations said Friday that they are aligned in their opposition to Equatorial Guinea, and a decision they say retaliates against the French lawyer who pressed a successful money laundering case against Teodorin Nguema Obiang.

The arrest warrant issued by Equatorial Guinea turned the tables, listing lawyer William Bourdon among 16 people accused of laundering money and helping to finance “terrorism and the proliferation of arms trafficking in Central Africa.”

That’s according to EG Justice, Bourdon’s Sherpa organization, as well as FIDH, Human Rights Watch and the other organizations. Sherpa filed a criminal complaint against the younger Obiang on behalf of Transparency International – France a decade ago; he was convicted in absentia in 2017, in a case that Equatorial Guinea fought with force but ultimately it became one of several corruption cases brought against him by foreign governments.

The groups warn that beyond Bourdon, some of those listed have been detained in Equatorial Guinea since a December 2017 coup attempt. Some were affiliated with the banned Citizens for Innovation (CI) party, whose members were detained and in some cases died in custody, and there are concerns about the fate of the others listed in the government’s new warrants. Some of them are seeking asylum outside the country, while the whereabouts of others are unknown.

“The Equatorial Guinean government has used every trick in the book to shield the president’s son from credible allegations of stealing more than €100 million (US$113 million) in public funds to live a life of luxury in Paris,” said Tutu Alicante, director of EG Justice, an organization that advocates human rights and transparency in Equatorial Guinea. “Now it seems they are fabricating charges to retaliate against those who helped a French court convict him for his crimes.”

To view the complete details from the advocacy groups, check this link.