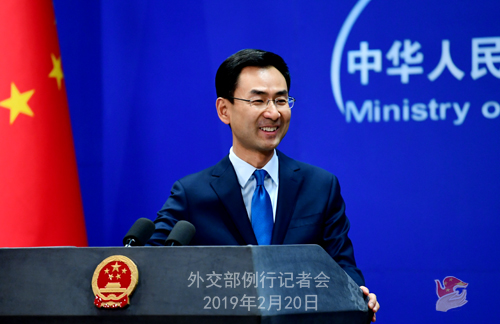 The Chinese government distanced itself on Wednesday from the illegal wildlife trafficking of one of its citizens, who was sentenced this week in a Tanzanian court to 15 years in prison for smuggling almost two tons of elephant-tusk ivory. The trafficking involved ivory from at least 430 elephants.

The 2015 arrest of “Ivory Queen” Yang Feng Glan and two of her associates was welcomed by conservationists in Tanzania and beyond, but the conviction and this week’s sentencing cast a shadow on China. Beijing has sought to establish itself as a global leader in ending the ivory trade and implemented a full ban on ivory in January 2018, though advocacy groups warn that means China’s ivory trade has shifted to other parts of Southeast Asia.

“China attaches great importance to the protection of endangered wild fauna and flora and has been strictly fulfilling its international obligations under the Convention on International Trade in Endangered Species of Wild Fauna and Flora (CITES),” said foreign ministry spokesman Geng Shuang.

He said China supports the Tanzanian authorities who worked on the “Ivory Queen” case, and will continue to work with Tanzania and other nations to protect endangered species from illegal trade. Chinese citizens who live abroad are expected to comply with local laws and China “will never shield those who violated laws,” he added.

Geng cited three different conservation laws China has established to protect wildlife, as well as its progressive measures on ivory imports and commercial sales. “The Chinese government has ‘zero tolerance’ for the illegal trade in endangered wild fauna and flora and their products and is resolute in punishing relevant offenders in accordance with law,” he added.