Home>Finance & Economics>Ghana hosts meeting on role of remittances in African development
By AT editor - 22 February 2019 at 1:58 am 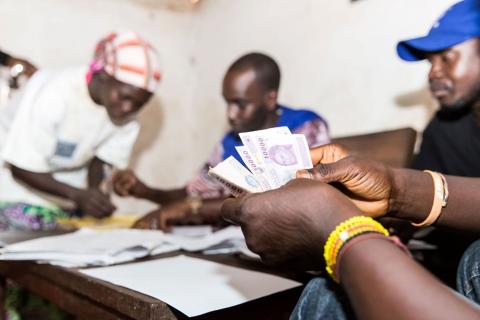 The cost of remittances for African migrants was the focus of a three-day meeting in Ghana, as the International Organization for Migration (IOM) and other stakeholders looked at how to improve access.

While the money sent home to families in sub-Saharan Africa is on the rise, the cost to transfer funds remains far higher than the global average and makes it the most expensive place in the world to send money.

Such remittances to Sub-Saharan Africa grew from USD$34 billion in 2016 to $38 billion in 2017, an increase of more than 11 percent. Despite this increase – one that IOM says is a trend expected to continue through 2019 – costs to send money to the region average 9.4 per cent of the transfer amount.

That’s nearly a third more than what the rest of the world pays, and well beyond the goal of reducing the costs to 3 percent by 2030 under the United Nations Sustainable Development Goals.

“Almost 75 percent of remittances are spent on consumption which greatly benefit the receiving households and communities,” said Claudia Natali, a labor mobility and development specialist at the IOM Regional Office for West and Central Africa.

“But more could be done to maximize the remaining 25 percent,” she added. “Fostering financial inclusion and promoting initiatives that help people manage the funds can go a long way to harness development impacts of remittances.”

Participants in the meeting included 80 people working with African, Caribbean and Pacific (ACP) governments, the European Union and other entities.

A video about remittances to Africa is available from IOM here.