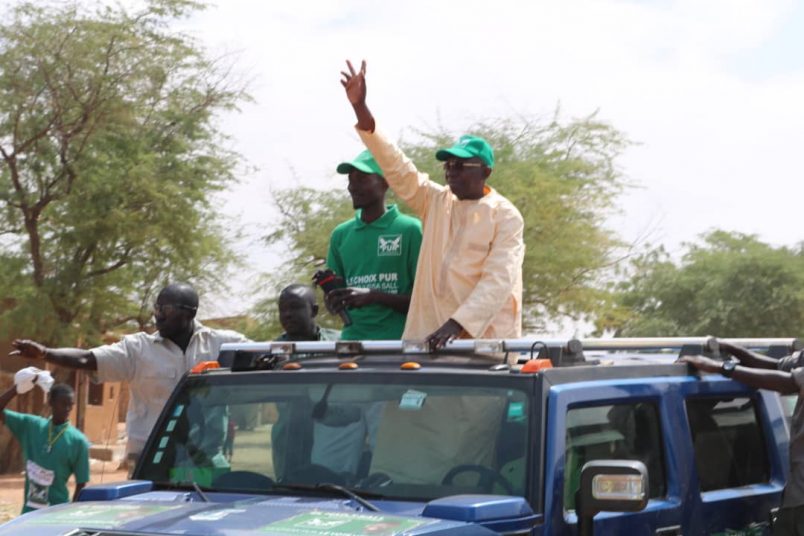 Voters in Senegal head to the polls on Sunday in a closely watched contest that’s raised concerns over electoral violence and a democratic process.

Five candidates, including incumbent President Macky Sall, are competing for the presidency. The others include  Issa Sall and the Unity and Assembly Party (PUR); Ousmane Sonko of Pastef; Idrissa Seck of Coalition Idy 2019, and Madické Niang of Madické Coalition 2019.

Campaigns in recent weeks have seen clashes break out between President Sall and his Benno Bokk Yaakar (BBY) supporters, and the PUR Sall voters. Two people died in an incident in Tambacounda, in eastern Senegal, on February 11, with many others injured and retaliation in later attacks.

“The reprisals also led to material damage. At least two vehicles were burnt,” said Amnesty International on Thursday. “These include the bus carrying around 27 journalists covering (the Issa Sall) campaign.” Three journalists were injured while others saw their equipment damaged.

Sonko and Pastef also complained of attacks on their headquarters and vehicles in recent weeks.

While Senegal’s history is one of peaceful elections, there’s more concern over unrest this time because of the country’s economic and political climate. “Civic space has also shrunk in recent months, with pressures on non-governmental organizations and pro-democracy activists increasing,” said Amnesty.

Mohamed ibn Chambas, the United Nations special representative for West Africa and the Sahel (UNOWAS), issued a statement Saturday appealing for a peaceful election. He also called on all candidates to resolve election-related grievances through legal and constitutional channels.