Home>Commentary>Mozambique needs to end mystery that shrouds its Cabo Delgado extremists
By Laureen Fagan - 25 February 2019 at 4:20 am 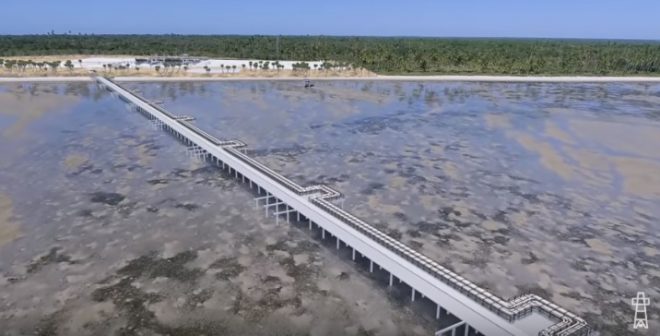 In Mozambique’s Cabo Delgado province, the fatal attacks last week on contractors working at the development site of Anadarko’s LNG export facility on the Afungi Peninsula are believed to be the first such extremist attacks on foreign oil workers in the southeast African nation. Yet they’re by no means the first overall as Mozambique seeks to cope with the escalating threat of jihadists – and already, the Anadarko incident is not the last either.

Thursday’s attacks on a convoy traveling between Mocimboa da Praia and Afungi were followed by three more, all by Sunday. Another four people were beheaded and 20 injured in the communities of Matapata, Mucujo and Quelimane, a town near the Tanzanian border. It’s the latest round of violence since the presence of Islamic extremists in the northern Mozambique region emerged in October 2017 with the first attack on a police station in Mocimboa da Praia.

On Friday, Minister of the Interior Jaime Basílio Monteiro announced that special security-force units will now protect oil and gas workers in Cabo Delgado. It’s widely understood that the offshore energy resources that could earn Mozambique its “Africa’s Qatar” moniker are critical to the debt-ridden and  impoverished nation’s economic development plans, with the state-owned ENH invested alongside Anadarko, the U.S.-based Exxon, Italy’s Eni, China’s CNPC, and the nations of India, Japan and Thailand.

Anadarko’s LNG operation at Afungi supports its stake in an estimated 75 trillion cubic feet of natural gas in the Rovuma Basin, where in 2010 natural gas resources were first discovered hidden beneath its offshore deep waters.  It’s clear that there are billions at risk, but what’s also hidden beneath the surface is the truth about who Mozambique’s extremist actors really are, and how they fit into the country’s legacy of political instability, its high-profile corruption, and its economic crisis.

Who’s behind the Mozambique attacks

It’s also unclear why so many people continue to die.

“Mozambican state security forces are to protect oil multinationals in Cabo Delgado,” said Zenaida Machado, a Human Rights Watch researcher and former BBC Africa journalist. “Are those the same forces that are failing to protect residents of the villages attacked by insurgents?”

Monteiro was quick to respond on behalf of Anadarko and even announced four arrests in the case the very next day, she noted. “I wish he could do the same each time a village is attacked, or people are beheaded or houses are burnt down,” Machado added.

In the beginning, it was a group of about 30 armed extremists who one day overran the town of Mocimboa da Praia until they were pushed back by Mozambican security forces. Witnesses said they spoke Portuguese, Swahili and Kimwani – a language spoken in Cabo Delgado – and told people they had nothing to do with Renamo, the rebel opposition that battled the ruling Frelimo party long after Mozambique’s civil war ended. Frelimo is currently led by President Filipe Nyusi.

The extremists are sometimes called Al-Sunna wa Jama’a, locally known as Al-Shabab but with no known link to the Somali group. There’s evidence of connections to local illegal trafficking operations, and that the presence of foreign investment without its benefits is a provocation. Yet the members are not always from Mozambique itself: In recent months, authorities have arrested people from Uganda, Tanzania and South Africa they say are affiliated with the group. No one seems to understand who they are or what they want, but for nearly 18 months, they’ve continued to burn villages, decapitate residents – dozens of people have died – and send people fleeing for life.

“They don’t make public statements, so their motives are unclear,” said Eric Morier-Genoud, a senior lecturer in African history at Queen’s University Belfast, in an article published just days before the Anadarko incident. “Speculation and conspiracy theories abound. Many, including state officials and the new president of the Renamo opposition party, believe the insurgency is part of a struggle within the national elite for the control of Cabo Delgado’s oil, gas and mineral riches.”

Those suspicions thrive in Mozambique’s culture of corruption and a climate that lacks transparency. Journalists working in the region are detained or refused access to investigate what the extremists are doing. “Mozambique’s fight against insurgents is no excuse to unduly constrain media freedom,” said Dewa Mavhinga, the Southern Africa director for HRW, in a statement issued the day before the Anadarko attack. “By obstructing the media in Cabo Delgado, the government is trying to prevent Mozambicans from learning what both sides to the conflict are doing.”

Anyone trying to uncover abuses in the region is accused of being a member of the insurgency, according to an editor working in Cabo Delgado. Meanwhile, Mozambique continues to reel from a corruption scandal tied to its USD$2 billion debt crisis that has led to nearly two dozen people under arrest. Among them is former finance minister Manuel Chang, and close associates of former president Armando Guebuza including his son, his private secretary and the former head of intelligence services.  The fallout from “hidden loans” through Credit Suisse and Russia’s VTB Capital delayed the LNG project from its initial 2016 timeline, and led to the International Monetary Fund and World Bank pulling back.

While the attacks on Anadarko’s foreign workers have renewed global attention to extremism in Cabo Delgado, curiosity is not solving the problem. Nor is it pulling back the veil on what’s really behind the jihadist movement, which seems intentionally shrouded to some. “The limited information that has surfaced about the assailants in Cabo Delgado, including government statements, seems almost deliberately crafted to invite various, competing descriptions of their origins and motivations,” said Robbie Corey-Boulet, a senior editor for World Politics Review, in November.

Corey-Boulet also noted that the media coverage tends to focus on companies like Exxon and Anadarko, and the potential impact on foreign investment, rather than Mozambique’s own future. That’s likely gone on long enough, at the expense of the people of Cabo Delgado, and it’s time for Mozambique to explain what’s really going on.