Home>News>DRC health ministry condemns attack on Katwa Ebola center
By AT editor - 26 February 2019 at 4:11 am 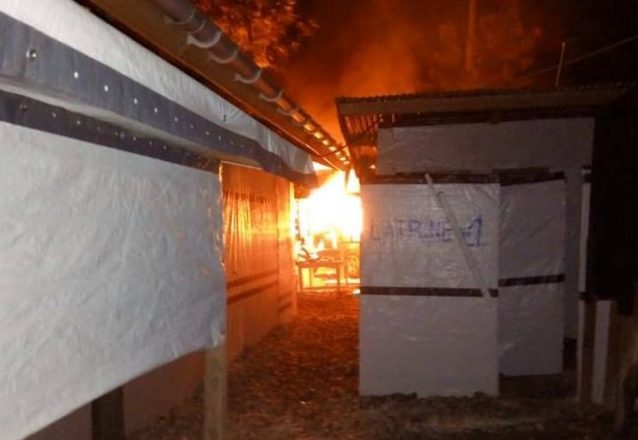 The health minister in the Democratic Republic of Congo has praised the response of Ebola workers in Katwa who were attacked on Sunday, while condemning the arson that destroyed the Ebola health center there.

“Our health officers showed composure and exceptional courage last night,” said Dr. Oly Ilunga, calling the Katwa staff heroes in a statement responding to the incident. “What they are doing, they are doing for the country. They deserve to be able to work safely.”

The attack on the Katwa center meant that four confirmed Ebola patients and six who are suspected of being infected had to be moved to other care facilities in Butembo and Katwa. The only fatality was a nurse who died when he fell in a creek while trying to flee the assault, the ministry said. A second person, staying with a hospitalized family member, was injured and also taken to Butembo.

“It is unacceptable to tackle sick people and health workers who are themselves members of the community,” Ilunga said. “Katwa has become the most affected area in the region by the Ebola outbreak.”

With 242 cases, including 184 deaths, Katwa has surpassed hard-hit Beni, a city in the eastern conflict zones of the DR Congo that was the original Ebola outbreak epicenter.

The fight to contain Ebola in the North Kivu and Ituri provinces is complicated by the long history of conflict in the region, and the communal distrust that now often includes the health centers and workers.