Home>African Future>EU, Arab states complete historic summit
By AT editor - 26 February 2019 at 4:55 am 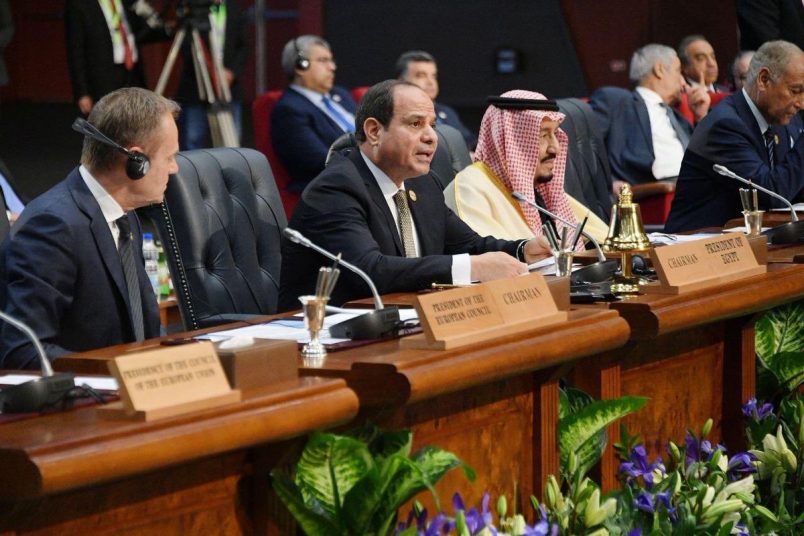 Following its first-ever summit with the League of Arab States (LAS), the European Union says it intends to work more closely with its members, and the African Union and United Nations, on security, migration and other shared concerns.

The summit was co-chaired by European Council President Donald Tusk and Egyptian President Abdel Fattah El-Sisi in the Red Sea resort city of Sharm El-Sheikh, and included leaders from across North Africa. Ten of the 22 members of the LAS are on the African continent.

“It is time to get real about partnership between the Arab world and Europe,” Tusk said. “We are confronted by many of the same challenges, in a geopolitical context that has become even more dangerous and unstable.”

As neighbors, the two regions have no choice but to cooperate on economic development, climate change and a host of issues, rather than have those decisions made by global powers who aren’t in the neighborhood.

“We will work to address the root causes of terrorism and deepen our efforts to combat the movement of foreign terrorist fighters across our borders,” Tusk said. “Violent extremists must be cut off from all forms of support. On border control and the fight against irregular migration, we will scale up our joint efforts to prevent people smuggling, eradicate trafficking in human beings and combat those who exploit vulnerable people.”

A copy of the joint Sharm El-Sheikh declaration is available here.