Home>News>Senegal's CENA asks for patience as it tallies election results
By AT editor - 26 February 2019 at 3:40 am 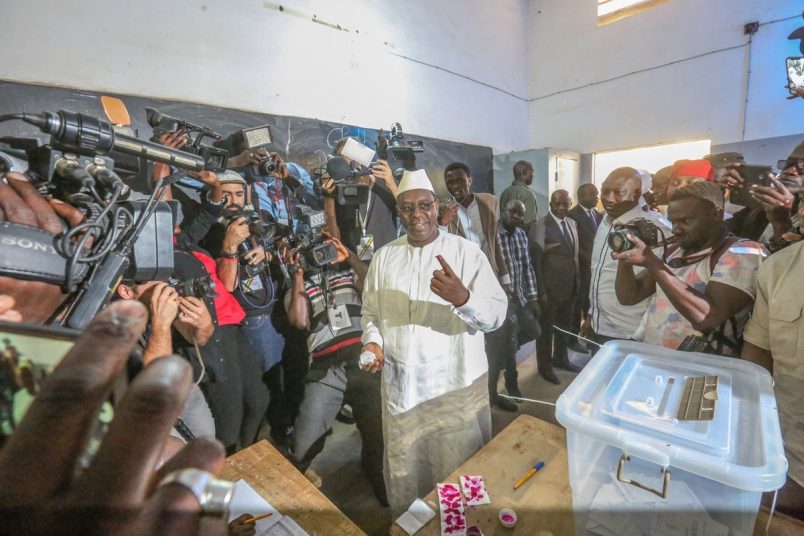 Senegal’s electoral commission has until Friday to release the former results of Sunday’s election, but the early results suggest that President Macky Sall is headed toward a second term.

That said, the Commission Electorale Nationale Autonome (CENA) is asking candidates and their supporters to refrain from announcing victory or prematurely sharing unofficial results, and to continue in the calm and peaceful climate that has prevailed.

Five candidates, including the incumbent Sall, are competing for the presidency. The others include  Issa Sall and the Unity and Assembly Party (PUR); Ousmane Sonko of Pastef; Idrissa Seck of Coalition Idy 2019, and Madické Niang of Madické Coalition 2019.

PUR’s Sall – the leading opposition candidate – thanked his supporters, while also congratulating Sonko and Seck for their strong showing.

The weeks leading up to the polls were marked by clashes between President Sall and his Benno Bokk Yaakar (BBY) supporters, and the PUR Sall voters. Two people died in an incident in Tambacounda, in eastern Senegal, on February 11, with many others injured and retaliation in later attacks.

Sonko and Pastef also complained of attacks on their headquarters and vehicles in recent weeks.

While Senegal’s history is one of peaceful elections, there’s been more concern over unrest this time. “Civic space has also shrunk in recent months, with pressures on non-governmental organizations and pro-democracy activists increasing,” said Amnesty International.

Mohamed ibn Chambas, the United Nations special representative for West Africa and the Sahel (UNOWAS), issued a statement appealing for a peaceful election process. He also called on all candidates to resolve election-related grievances through legal and constitutional channels.