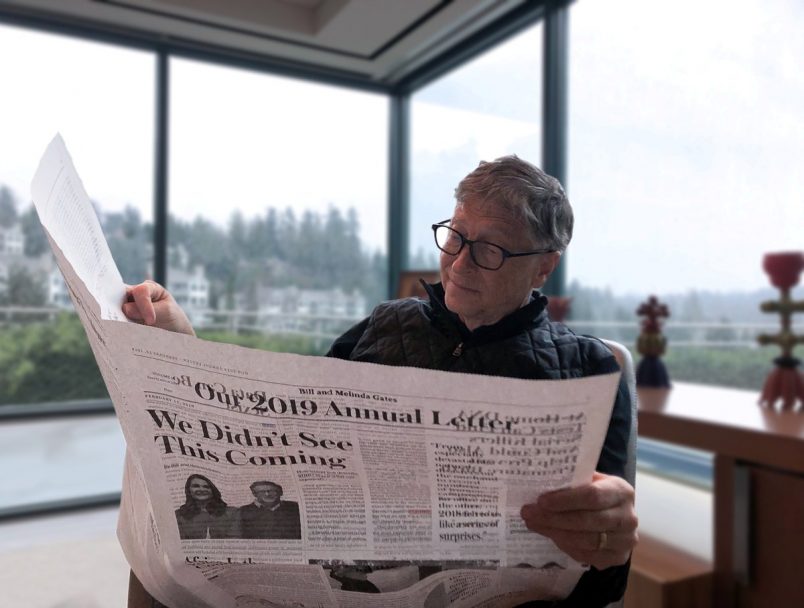 Microsoft founder and philanthropist Bill Gates has named 10 breakthrough technologies that will help to reinvent the future, and listed them in a Massachusetts Institute of Technology (MIT) Review article published Wednesday.

Gates said he first thought of the plow, in use since 4000 BCE, while contemplating how technologies create efficiencies that enhance qualities of life – or sometimes save them. Many of his choices focused on health and food security.

“We’re still far from a world where everyone everywhere lives to old age in perfect health, and it’s going to take a lot of innovation to get us there,” Gates said in the MIT post. “Plus, ‘quantity of life’ and ‘quality of life’ are not mutually exclusive. A malaria vaccine would both save lives and make life better for children who might otherwise have been left with developmental delays from the disease.

“We’ve reached a point where we’re tackling both ideas at once, and that’s what makes this moment in history so interesting,” he continued. “If I had to predict what this list will look like a few years from now, I’d bet technologies that alleviate chronic disease will be a big theme.”

So what are Gates’ picks? One of them is a carbon-dioxide catcher to remove greenhouse gases from the atmosphere. Harvard climate scientist David Keith thinks that machines could remove CO2 for less than $100 a ton, and a few companies – including Keith’s own Carbon Engineering startup – are working on it.

Sanitation without sewers is also high on the list. “About 2.3 billion people don’t have good sanitation,” Gates said. “Diarrhea causes one in nine child deaths worldwide. Now researchers are working to build a new kind of toilet that’s cheap enough for the developing world and can not only dispose of waste but treat it as well.”

To see the entire list, check the MIT site here.