Home>News>Fayulu still calls for a recount as DR Congo moves on without him
By AT editor - 28 February 2019 at 3:43 am 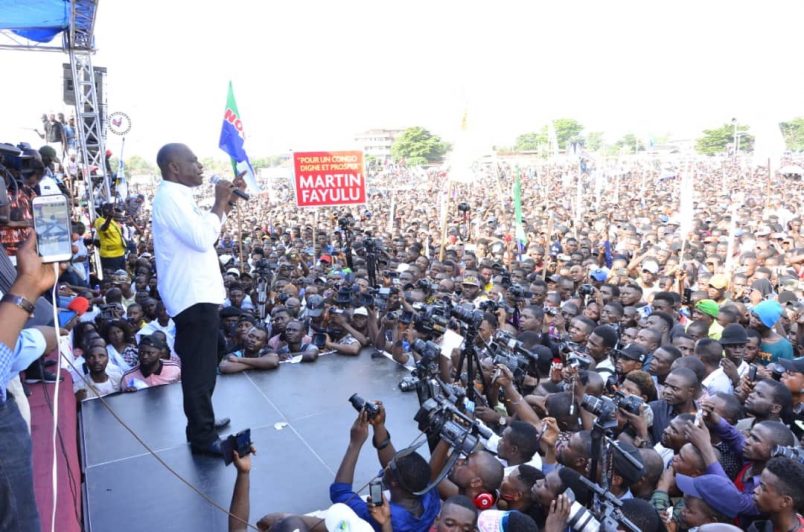 Democratic Republic of Congo is moving beyond the contentious December 30 election that put President Felix Tshisekedi in power – but not everywhere, and opposition candidate Martin Fayulu and his supporters still refuse to accept results that many believe denied him as the rightful winner.

Fayulu, the Engagement for Citizenship and Development (ECiDé) party candidate backed by a coalition that Tshisekedi walked away from in November, claims he is the rightful president-elect. He said Wednesday during a meeting with church leaders in Kinshasa that he still holds the international community accountable for respecting the will of Congolese voters who chose him at the polls.

The final results from CENI, the national electoral commission, gave Tshisekedi – the main Union for Democracy and Social Progress (UDPS) opposition party candidate – 38.6 percent of the vote. He was followed by Fayulu at 34.8 percent. Emmanuel Ramazani Shadary, the Kabila-backed candidate of the Common Front for the Congo (FCC) coalition, came in third with 23.8 percent.

Yet those numbers were disputed by independent observers and the National Episcopal Conference of Congo (CENCO), the organization of DR Congo’s influential Roman Catholic bishops who worked at home and abroad to ensure that the defiant former president Joseph Kabila would finally leave office in keeping with the constitution. Journalists and independent polls also found Fayulu the vote leader.

The ECiDé party maintains that Kabila and Tshisekedi rigged the outcome, a position shared by exiled Congolese politician Moïse Katumbi and the Ensemble ( Together for Change) movement. Fayulu has said he welcomed a decision announced last week by the United States to place travel sanctions on five Congolese officials, including the head of CENI and the judicial and legislative branch leaders, because of corruption in the electoral process.

Fayulu is steadfast in demands for a recount, but Tshisekedi – sworn in on January 24 – has moved ahead in establishing his new government. It may well include Kabila, who is now backed by an FCC legislative majority and is reportedly orchestrating the selection of a new prime minister who has yet to be named.

Kabila is now a “senator for life” in keeping with the Congolese constitution, and said in December that he has not ruled out a return to power in 2023.