Home>Health>Second attack in a week destroys Ebola treatment center
By AT editor - 28 February 2019 at 2:55 am 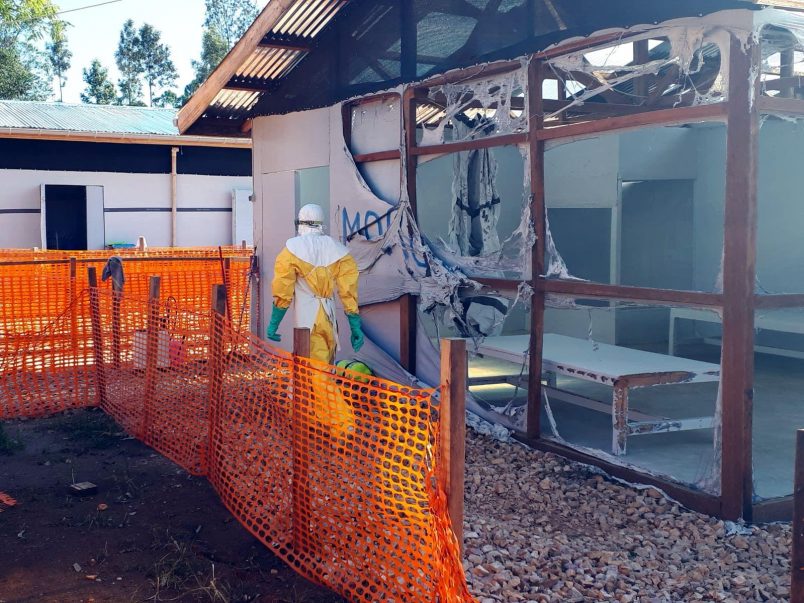 For the second time in a week, an Ebola treatment facility in eastern Democratic Republic of Congo was attacked  – this time by armed men who overran a center in Butembo jointly operated by the Ministry of Health and Doctors Without Borders (MSF).

There were 40 patients in the facility during the Wednesday night incident, including 12 confirmed Ebola cases, the health ministry said. Four people with confirmed Ebola diagnoses still were missing after most patients, including 32 of the suspected cases, fled during the attack and subsequent fire. Most patients were found and taken to another Butembo center operated by the Alima NGO partners.

The fight to contain Ebola in 22 affected health districts in the North Kivu and Ituri provinces is complicated by the long history of conflict in the region, and the communal distrust that is often aimed at the Ebola health centers and workers.

MSF condemned the attack, which came just three days after its center in Katwa, above, was burned and destroyed. The attack on the Katwa center meant that four confirmed Ebola patients and six who are suspected of being infected had to be moved to other care facilities. The only fatality was a nurse who died when he fell in a creek while trying to flee the assault, the ministry said.

With 245 cases, including 185 deaths, Katwa has surpassed hard-hit Beni – a city in the eastern conflict zones of the DR Congo that was the original Ebola outbreak epicenter – as the health district with the most cases.

The case total in DR Congo’s Ebola outbreak now stands at 879, with 553 fatalities, according to the daily health ministry update issued on Wednesday.