Home>In Depth>WWF vows an inquiry after new allegations of human rights abuses
By AT editor - 5 March 2019 at 5:24 am 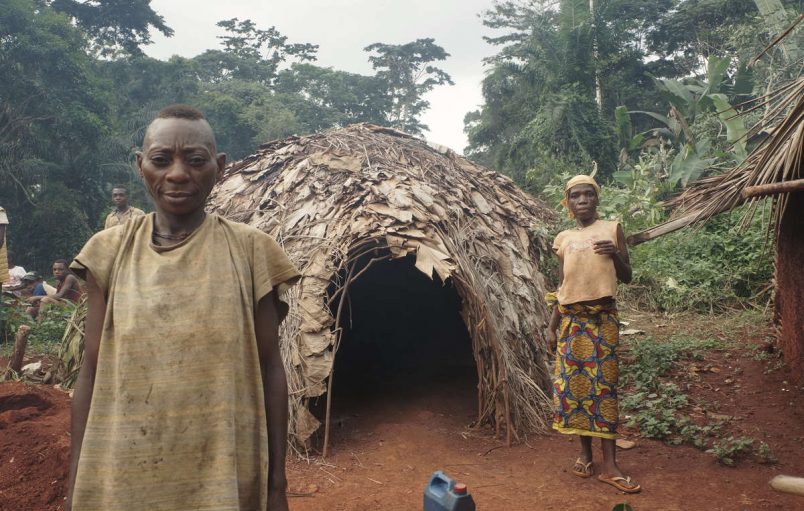 The World Wide Fund for Nature, accused by news media outlet Buzzfeed of funding anti-poaching paramilitary groups that kill and torture people in the fight to save wildlife, says it will take “swift action” if its own investigation finds the allegations to be true.

The response followed a Buzzfeed story Monday – the first in an investigative series – that detailed cases in which the authors linked WWF funding to protect wildlife in Cameroon, Central African Republic (CAR) and other nations, with abuses and human rights violations.

“We take any allegations seriously and are commissioning an independent review to look into the cases raised in the story,” said the WWF. “We have asked BuzzFeed to share all evidence it has obtained to support these claims, to help inform and strengthen this review.”

The series by journalists Tom Warren and Katie Baker is based on a yearlong investigation that included more than 100 interviews, and thousands of pages of emails, budgets and other documents. Their work, they said, showed that the “beloved nonprofit with the cuddly panda logo” was funding a secret war.

“Villagers have been whipped with belts, attacked with machetes, beaten unconscious with bamboo sticks, sexually assaulted, shot, and murdered by WWF-supported anti-poaching units, according to reports and documents obtained by BuzzFeed News,” they said.

”The charity’s field staff in Asia and Africa have organized anti-poaching missions with notoriously vicious shock troops, and signed off on a proposal to kill trespassers penned by a park director who presided over the killings of dozens of people.”

WWF paid for salaries, training, and supplies, and funded raids on villages. In the CAR, it was linked to a brutal armed group through an attempted arms deal; in Cameroon, WWF funded rangers who wielded machetes and burned the homes of villagers near the park who they suspected of poaching.

“As recently as 2017, forest rangers at a WWF-funded park in Cameroon tortured an 11-year-old boy in front of his parents,” the report said. Buzzfeed’s complete report is available at this link.

The Buzzfeed allegations are new, but concern over the issue and the Switzerland-based WWF isn’t. The new allegations follow years of investigation into WWF’s role in parks where the illegal wildlife trade in elephant and rhino ivory, as well as other poaching activities, is said to threaten the safety of indigenous communities.

In October 2014, the Survival International organization in London – an NGO focused on the rights of indigenous tribes and people across the globe – warned that WWF was complicit in abuses of the Baka people living in and near protected forests in southeast Cameroon. The pygmy tribes were being harmed by anti-poaching security teams attached to the Cameroonian government but funded by WWF.

“The Baka are being illegally forced from their ancestral homelands in the name of ‘conservation’ because much of their land has been turned into ‘protected areas’ – including safari-hunting zones,” said Survival International. “Rather than target the powerful individuals behind organized poaching, wildlife officers and soldiers pursue Baka who hunt only to feed their families.”

In those years, the Baka said they were prevented from going to the forests even though they had the right to do so. “The forest used to be for the Baka but not anymore. We would walk in the forest according to the seasons but now we’re afraid. How can they forbid us from going into the forest?” said a Baka man. “We don’t know how to live otherwise. They beat us, kill us and force us to flee to Congo.”

Survival International also said Cameroon’s officials condoned the abuse, calling it necessary in the fight against poaching. That report was met with angry denials from WWF following public response, Survival International said, with the wildlife group dismissing the allegations as absurd and self-serving.

That didn’t change the allegations that WWF had been funding the Cameroon parks and anti-poaching squads since 2000, the indigenous rights group said, at the expense of the Baka people who had long cared for the forest and depended on it for their livelihood.

In February 2016, Survival International filed an Organisation for Economic Cooperation and Development (OECD) complaint against WWF on behalf of the Baka; Swiss authorities initiated a mediation process between the two NGOs that began – and broke down – in 2017.The human rights NGO said it too had leaked copies of internal WWF documents that confirmed the abuses in Cameroon.

WWF just announced a new agreement with the Baka last week, one that ensures greater autonomy and participation for them. Still, the new Buzzfeed allegations describe a pervasive problem well beyond the Cameroon, and brought a strong response from Survival International director Stephen Corry.

“This is the scandal that WWF has been covering up for decades. Its supporters’ money is spent on funding violent and abusive ecoguards who assault, torture and even kill tribal people with impunity,” Corry said. “Will WWF continue with ‘business as normal’ after these truly shocking revelations, or will it, finally, actually address the problem?

“Its name and logo are for many tribal people synonymous with violence, persecution and fear. WWF has hidden this from its supporters for years, but the truth is now out.”