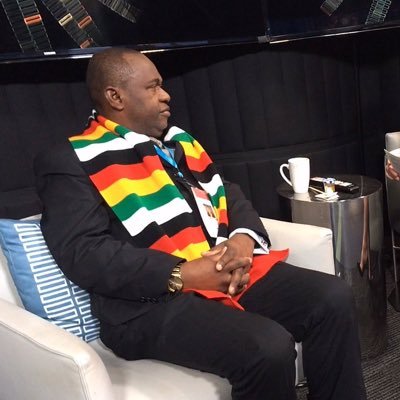 News that Zimbabwe’s Ministry of Foreign Affairs has hired a Washington DC firm to lobby the United States government on its behalf – and will spend $500,000 a year to do so – has raised a furor in the economically stricken southern African nation.

The agreement, first reported by Politico on Wednesday, was signed by foreign minister Sibusiso Moyo, above, and Brian Ballard, head of the Ballard Partners firm. The deal was registered with oversight authorities in the U.S. in February, and comes as the European Union and now the United States announced their economic sanctions against Zimbabwe will remain in place.

The lobbying deal in the U.S. appears to be focused on encouraging removal of those sanctions.

“In as much as the government of Zimbabwe has been denied access to international financial institutions and been under intense diplomatic pressure from Western countries, it shall be the main objective of the firm to encourage a re-examination of Zimbabwe by the State Department,” the agreement says. That’s “with a view to establishing the best possible bilateral relationship with the United States and facilitating the restoration of Zimbabwe’s membership in good standing in the community of nations.”

Dewa Mavhinga, the southern Africa director for Human Rights Watch, said he thinks it is “hypocritical of the Zimbabwe government to spend half a million dollars on a U.S. public relations firm when 7 million people are starving and need food aid.”

Moyo, however, defended Zimbabwe’s position on Tuesday, as President Donald Trump decided that U.S. sanctions will remain in place. “Sanctions in any form are coercive, harsh and detrimental to any intended objective and should not have a place in contemporary diplomatic relations or discourse,” he said. “They should be removed.”