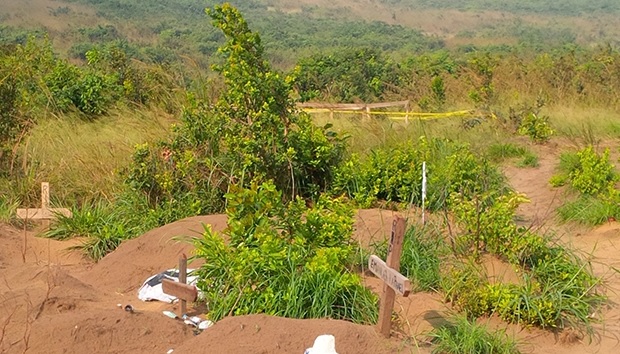 A military court in the Democratic Republic of Congo has again suspended the trial of a witness to the murders of two United Nations experts in the Kasaï region in March 2017 who later became a suspect himself.

A hearing in Kananga is rescheduled for next week so that Jean Bosco Mukanda can retain an attorney, because his own has failed to appear twice, according to local media reports. Mukanda is charged with murder in the deaths of Michael Sharp of the United States, left, and Zaïda Catalan of Sweden, two sanctions and armed groups experts for the UN who disappeared along with their Congolese aides near the village of Bunkonde.

Vincent Manga, leader of the militia group Kamuina Nsapu, and Constantin Tshidime Bulabula, the chief of the village where the U.N. experts died, also are among those charged in the deaths.

The deaths of Sharp and Catalan sparked outrage from the UN and the international community, with demands that the Congolese ensure justice is done – but that justice has proved as elusive as the truth about what happened during a time of mass atrocities in the Kasaï provinces.

The killers recorded a video of the deaths  released in April 2017 by Congolese authorities who had the evidence. It appeared to implicate Kamuina Nsapu rebels, and officials who made the video available to reporters in Kinshasa stressed that the languages used by the attackers, as well as dress and manner, clearly identified them as Kamuina Nsapu militants. That was disputed by journalists and other observers who believe the Congolese military was responsible.

The “Congo Files,” a November 2018 project from journalists in France, Germany, Sweden and the United States, calls into question the official accounts – including the investigative reports on Sharp and Catalan conducted by the UN itself. More details about that project are available here.