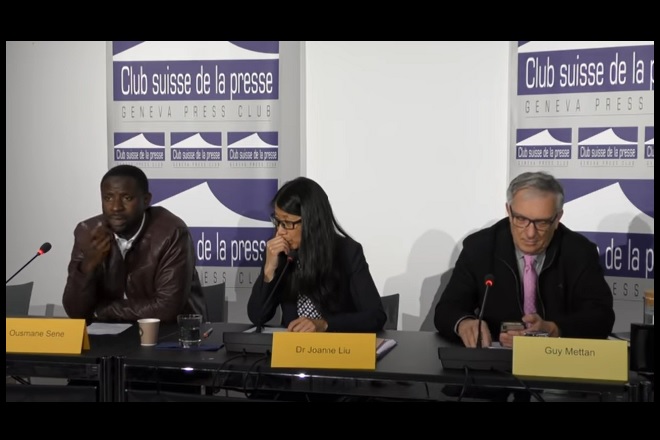 The Doctors Without Borders medical NGO says the Ebola response in the Democratic Republic of Congo is failing, because of increasing community mistrust but also because of a militarized stance toward communities and their patients.

“Right now we are painting the Ebola epidemic as a security emergency,” said Dr. Joanne Liu, president  of the organization, as she criticized the Congolese government and health ministry. “They frame it as an issue of public order. We think as physicians that it is an epidemic, an infectious disease issue, and that we need to treat patients.”

That’s been difficult in the impoverished North Kivu and Ituri provinces, where armed conflict has gone on for years and existing community mistrust is extended to the Ebola health workers and clinics. Two attacks in Butembo and Katwa, the hardest-hit Congolese zone, have shut down the Doctors Without Borders (MSF) operations there. They are among dozens of security incidents last month.

In those communities, 43 percent of patients in the last three weeks were infected without any known epidemiological links to other cases.  And since the beginning of the year, 40 percent of Ebola patients have died within the communities rather than in isolated care settings.

In other words, they won’t come to health workers for treatment.

“We have a striking contradiction: on the one hand a rapid and large outbreak response with new medical tools such as vaccines and treatments that show promising outcomes when people come early – and on the other hand, people with Ebola are dying in their communities, and do not trust the Ebola response enough to come forward,” Liu said.

She urged Congolese officials to stop enforcing Ebola treatment or containment practices through the police or military, and appealed for more vaccines including experimental products. Some attacks have occurred because vaccines are not available to everyone.

“Patients must be treated as patients, and not as some kind of biothreat,” Liu said.

As of Friday, there were 578 fatalities among 918 total cases, the DR Congo health ministry said.