Home>News>Flooded Mozambique coast braces for Cyclone Idai landfall
By AT editor - 14 March 2019 at 5:30 am 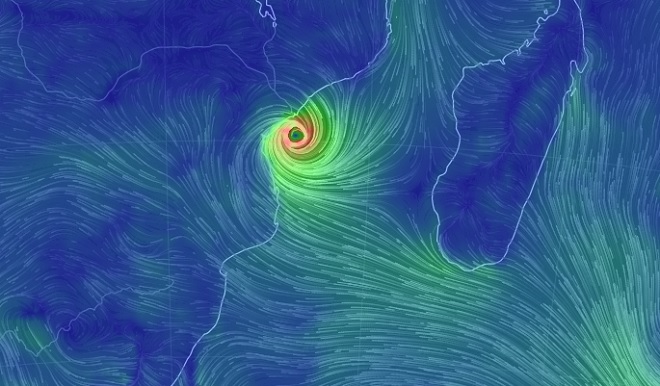 The nation of Mozambique is bracing for the impending arrival of Cyclone Idai, a powerful storm expected to make landfall late Thursday, in areas just north of the coastal city of Beira already flooded from recent heavy rains.

The Instituto Nacional de Meteorología has issued a high-level red alert for the storm – currently located about 410 kilometers northwest of the island of Europa in the Mozambique Channel – for the provinces of Zambézia, Sofala and Inhambane. It is moving west at about 13 kilometers per hour, and is expected to remain in an environment that will support maintaining its Category 4 intensity until landfall. 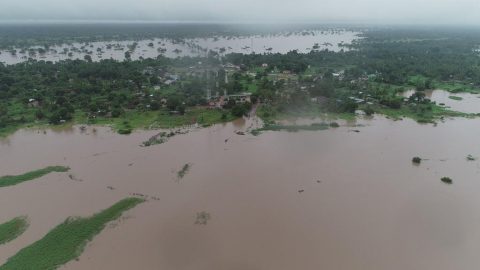 The storm has winds of 194 km/h with gusts up to 240 km/h, wave heights of 10 meters, and is forecast to bring heavy rains likely to inundate some areas already affected by the fatal floods. The National Institute for Disaster Management (INGC) previously issued a red alert for Zambézia  and Sofala, as well as Manica and Tete, because of flooding that’s affected more than 100,000 people – about half of them in Zambézia.

INGC is working on evacuations for the coastal areas, while the weather agency warns that Idai is expected to track inland with heavy rains. The INAM will issue a new advisory at 3 p.m. Thursday local time.

Neighboring Malawi also is hard-hit by flooding in recent days, with about 740,000 people impacted and roughly one in 10 displaced, according to the United Nations Office for the Coordination of Humanitarian Affairs (UNOCHA).