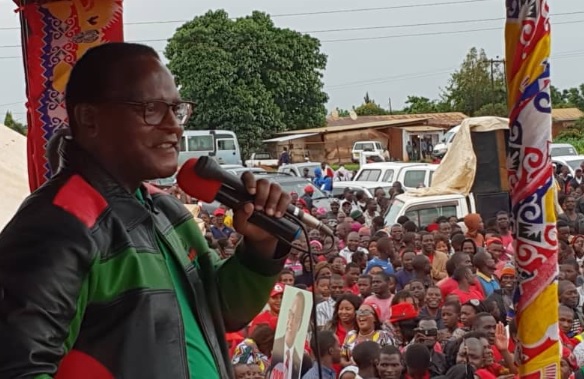 Former president of Malawi Joyce Banda has withdrawn as a People’s Party presidential candidate ahead of the May 2019 elections, and announced she is endorsing the Malawi Congress Party (MCP) candidate in the race.

Banda’s decision to back Lazarus Chakwera, above, was made public Thursday in a joint statement of the parties. “Malawi is bigger than individuals,” the parties said. “As such we all have to set aside our individual aspirations and embrace the greater and common good.”

On Friday, Banda – leader of the People’s Party – said the decision made with the PP executive committee was consistent with the message of unity since her return. She’s advocated for an opposition alliance as the only real pathway to defeating incumbent President Peter Mutharika of the Democratic Progressive Party (DPP).

“In my acceptance speech at the convention on the 30th of August, 2018, I reiterated that it was important for the People’s Party to get into a coalition with other parties,” she said.  “We unanimously agreed to my proposal to withdraw my candidature and to endorse Hon. Lazarus Chakwera.”

The announcement comes amid much speculation about party alliances in Malawi, and the statement said the two parties had contemplated an alliance since 2015 when Banda was still living in the United States.

She left Malawi in 2014 after Mutharika replaced her, but returned last April and immediately said she intended to challenge him after four years in exile, depending on the political climate. She remained eligible to do so despite concerns over the “Cashgate” corruption scandal that marred her previous tenure.

Banda said she’ll continue her work in Malawi and abroad, accepting international speaking engagements and serving on nine different international boards. In Malawi, she will continue to focus on poor rural communities.