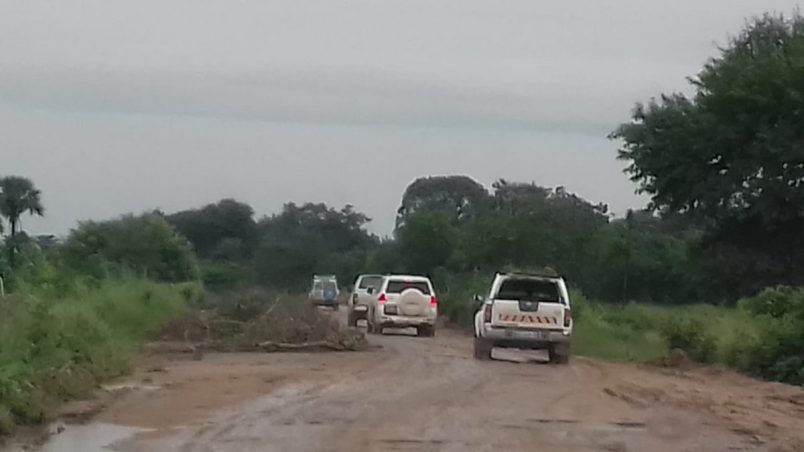 Reports are just beginning to come in from the city of Beira in Mozambique, where Cyclone Idai made landfall on Thursday, but President Filipe Nyusi has described the damage as major and said the storm has destroyed hospitals, schools and other critical infrastructure.

Power is completely cut off in Beira and Dondo, and communication with the region has been severely hampered by the storm. Electricity provider EDM says some of its infrastructure is submerged.

Nyusi, speaking to reporters at a press briefing, said rescue and relief work was challenging because of access problems. There are unconfirmed reports of casualties, but no official statements from the government. The Provincial Hospital confirmed one fatality in Manica.

Idai made landfall near Beira, a city of a half million people, late Thursday into early Friday with sustained winds of 175 kilometers (109 miles) per hour and gusts of 213 km/h. The Instituto Nacional de Meteorología issued a high-level red alert for the storm for the provinces of Zambézia, Sofala and Inhambane, while Nyusi urged citizens to seek shelter and cooperate with authorities.

The storm appeared to intensify slightly just before landfall, and was likely to deliver a significant storm surge, the next blow to a region that saw 66 fatalities in Mozambique and 56 in Malawi from system-related flooding since early March.

Earlier damage also left much of the region inaccessible, which hampers relief efforts. There are 1,583 kilometers of road in five provinces of central and northern Mozambique that are damaged, including Sofala where Beira is located. Also destroyed are 11 bridges and related infrastructure.

Idai was forecast to bring heavy rains well inland, and is likely to inundate some areas already affected by the fatal floods before crossing into Zimbabwe. INAM maintained a yellow-alert warning on Friday afternoon for Zambézia, Tete, Manica Sofala and Inhambane because of heavy rains and continued winds gusting up to 70 km/h.

Moderate to severe flooding is expected in the Zambezi River Basin, where authorities have urged affected communities to seek higher ground.