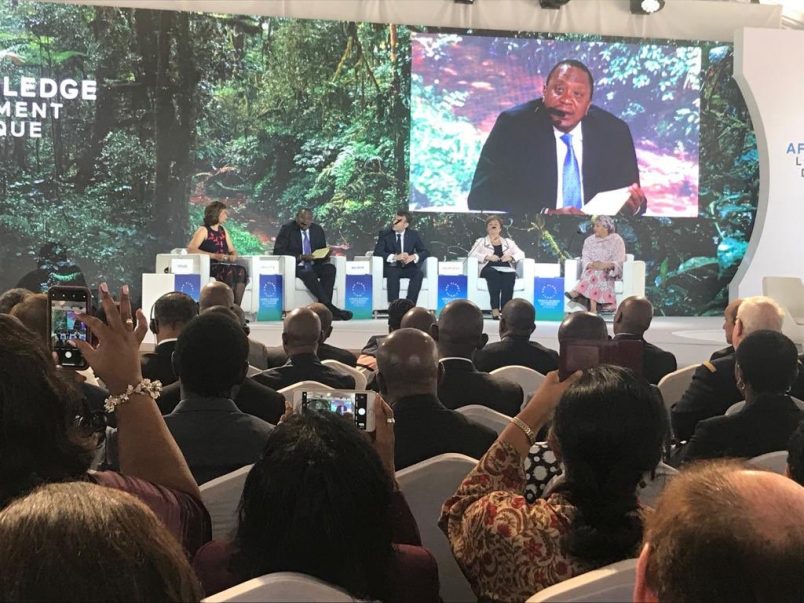 World Bank Group announced Thursday it is providing USD$22.5 billion to Africa for climate mitigation and adaptation across five years beginning with 2021, adding to the $17 billion already committed through the Africa Climate Business Plan.

The announcement was made during the One Planet Summit in Nairobi, with President Uhuru Kenyatta of Kenya and President Emmanuel Macron of France on hand for the high-level meeting.

The funding recognizes that many African nations are among the most vulnerable to climate change. Summit organizers note that while Africa is responsible for only 4 percent of global greenhouse-gas emissions, 65 percent of the African population is considered to be directly impacted by climate change.

“The contract is slated to purchase carbon credits from small hydropower plants that provide power to 350,000 smallholder tea farmers and 39 of their regional tea factories in Kenya,” World Bank said. “The new ERPA brings the Ci-Dev portfolio to more than $73 million in implementation.”

World Bank also will work closely with Kenya and Rwanda on their nationally determined contributions (NDCs) as originally set out in the Paris Agreement on climate change.