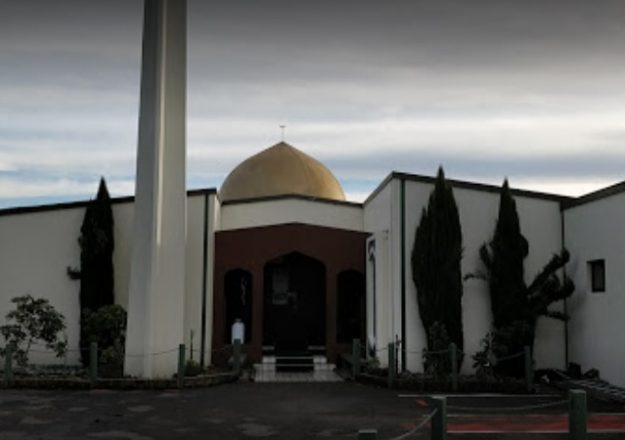 The attacks at two mosques in New Zealand that left 50 people dead have sent ripples across a world that mourns the victims and the violence, with new details about the Friday incident continuing to emerge.

Another body found Saturday at the Al Noor mosque, targeted along with the Linwood mosque in Christchurch during the attacks, raised the total of those killed.

“As of last night we were able to take all of the victims from both of those scenes,” said New Zealand Police Commissioner Mike Bush during a press conference on Sunday. “In doing so, we have located a further victim.”

In some ways, the stricken city – stunned by the level of violence it rarely sees – was starting to get back to normal. People evacuated from their homes in the wake of the shootings were finally allowed to go home, though police will continue to guard the mosque sites. Students will return to school Monday, though amid tightened security.

But nothing at all is normal for the families of the victims, many of whom have yet to be identified. Police asked the New Zealand Red Cross to keep its online registry for missing people open in order to assist the process. “Tracing teams are working as fast as they can,” the Red Cross said.

New Zealand Police, too, said they were working as fast as possible to identify people and contact families. “Police understand the religious duty of the Islamic faith to bury the deceased as soon as possible, and is working closely with the Chief Coroner to do everything possible to expedite the process,” the agency said.

It also warned that “in many cases” the family notifications have “international aspects.” That’s already true in Egypt, where the government identified four Egyptians who were killed in the Christchurch mosque attacks: Munir Suleiman, 68; Ahmed Hamal al-Din Abdul Ghani, 68; Ashraf Al-Masri, and Ashraf Morsi. Morsi’s wife said she lost not only her husband, but many friends, and appealed for prayer.

Egyptian President Abel Fattah El-Sisi issued an angry statement against an attack that “brutally targeted” people in their places of worship, and called on humanity to condemn such terrorism. Of the 15 victims identified so far, the others came from Afghanistan, Pakistan, Bangladesh and Indonesia.

There are still others from the African continent listed among the missing, including more Egyptians, Mauritians, an Algerian and a Somali. African Communities Forum, a group serving Africans in New Zealand, is reporting two Ethiopians and four Somalis, including a three-year-old boy, died when the gunman opened fire.

The investigation in New Zealand

Just as the identities of the victims began to emerge, so did more details about the criminal investigation. Police have charged Brenton Harrison Tarrant, a 28-year-old Australian, in the case but not two others detained in the immediate wake of the shootings, which Tarrant broadcast live on Facebook.

In some cases, that meant survivors of the attack watched their spouses or loved ones being killed – a situation that has sparked outrage as people across the world urged social media users to refuse to share them. “We are aware of the videos and distressing material circulating and are working to have them removed,” said the New Zealand authorities.

Police also said they arrested one new person following a search in Dunedin, but those charges are not related to the Al Noor and Linwood mosque attacks.

Tarrant made a white-power gesture during his Saturday court appearance, adding to the growing body of evidence of his extremism. That includes a lengthy manifesto he posted on social media and then emailed to New Zealand’s Prime Minister, Jacinda Ardern, just before he began shooting Muslims at prayer. Australian authorities are assisting with the investigation and said he was not a known threat.

“It is clear that this can now only be described as a terrorist attack,” said Ardern, who grieved with victims and called the attacks one of New Zealand’s darkest days.

Ardern’s grief is shared by millions of people across the globe and their leaders, especially in Muslim-majority nations, and within the communities that gathered to stand against racism and xenophobia, and honor the victims.

The head of the Organization of Islamic Cooperation, which counts 27 African nations among its members, called the incident a heinous terrorist attack and appealed for swift and severe justice.

“This brutal crime had shocked and hurt the feelings of all Muslims around the world, and served as a further warning on the obvious dangers of hate, intolerance, and Islamophobia,” said Youssef Al-Othaimeen of Saudi Arabia.

His expressions of condolence and solidarity were shared by the African Union and individual leaders of its member nations.

“I strongly condemn the horrific terrorist attack that targeted Muslims in prayer in two mosques on the holy day of Jummah, killing more than 49 innocent people,” said Moussa Faki Mahamat, head of the AU Commission. “My heart and my prayers are with the families of the victims of this unspeakable act of hate.”