Home>Health>Food aid suspected in hundreds of Uganda poisoning cases
By AT editor - 18 March 2019 at 8:03 pm 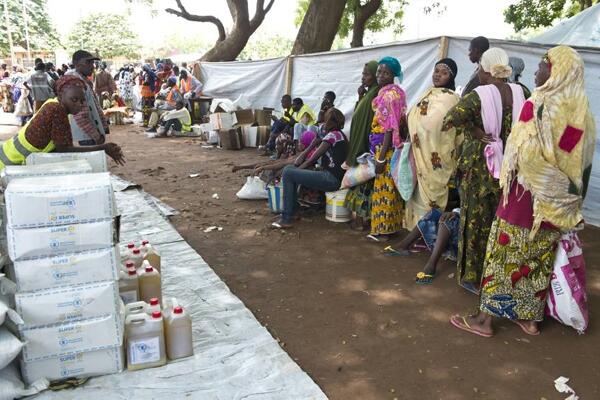 The World Food Program (WFP) has stopped distributing a fortified food project used in its humanitarian aid programs after more than 200 people became sick, three of them dying, according to a Uganda International Red Cross & Red Crescent spokeswoman.

The cases of people with suspected food poisoning were reported Saturday at Lotome Health Centre in Napak, a day after food distribution to families. Other people including children were admitted to Karita and Lokales health centres in Amudat district, the WFP said in a statement.

“The Government and WFP are investigating and have submitted samples of Super Cereal for laboratory tests to determine whether there is a link between eating blended food and people falling sick after distributions,” the United Nations-affiliated aid agency said. “From the outset, WFP has treated this as a matter of extreme urgency.”

The situation began nearly a week ago in Alakas, where nine patients quickly became 24. They reported high fever, headaches, dizziness, and showed signs of severe mental confusion. All of those patients recovered and were discharged from the hospital.

WFP ordered the suspension of the food on Friday to immediate affected districts, and expanded the ban on Super Cereal distribution to the whole country on Saturday.

“WFP is supporting local governments in communicating with communities on the situation and is urging them to stop eating Super Cereal as a precaution in case a link is found,” the agency said.

Super Cereal is provided by WFP through government health centers and community sites to improve nutrition among pregnant or breastfeeding women, and prevent stunting and malnutrition in children.

The UN agency said in February that it was investigating quality issues with Super Cereal stocks because they found up to 50,000 tons of the mix were too low in fats and proteins. The WFP said the problem was not a safety issue.