Home>African Future>Remembering Sudan, and speaking out on wildlife extinction
By AT editor - 20 March 2019 at 5:57 am 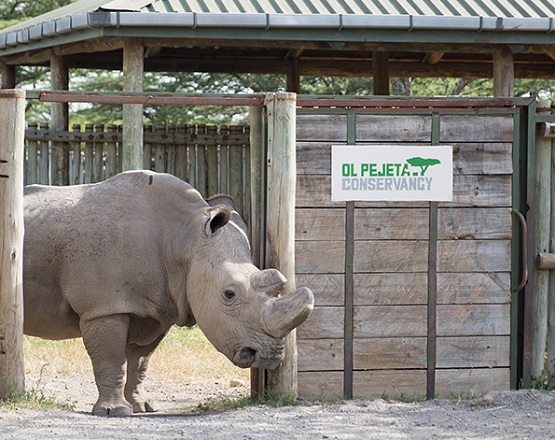 It’s been one year since the death of Sudan, the world’s last male northern white rhino. He lived to be 45 before age-related health complications and infections claimed his life at Ol Pejeta, the conservancy in Nanyuki, Kenya, that Sudan called home.

He left behind a daughter, Najin, and her daughter, Fatu – but no males to ensure the survival of the species. The only hope is the possibility of assisted reproduction through IVF. Conflict, poaching and habitat loss reduced the northern white rhino populations, with the last group living in the wild in the Democratic Republic of the Congo’s Garamba National Park lost to conflict some two decades ago.

The loss of Sudan sparked outcry over biodiversity and animal extinction, and the anniversary of the loss serves as a time for wildlife advocacy groups to call for renewed commitment in protecting species.

“Sudan thought I was his friend,” said James Mwenda, a rhino caregiver at Ol Pejeta who worked with Sudan from 2014 onward, in a video message. “He presented the face of extinction, and so it made me more compassionate, and more to try to speak for him and advocate for what he stood for.”

For Mwenda, who promised Sudan he would work to protect other wildlife before it becomes too late, the legacy of Sudan is “for us to open our eyes and see the reality of what extinction is.”

He was joined in the effort by wildlife advocacy groups and protectors including CITES. “Let’s all learn from this sad loss and scale up our efforts to end poaching and end wildlife trafficking,” said CITES.