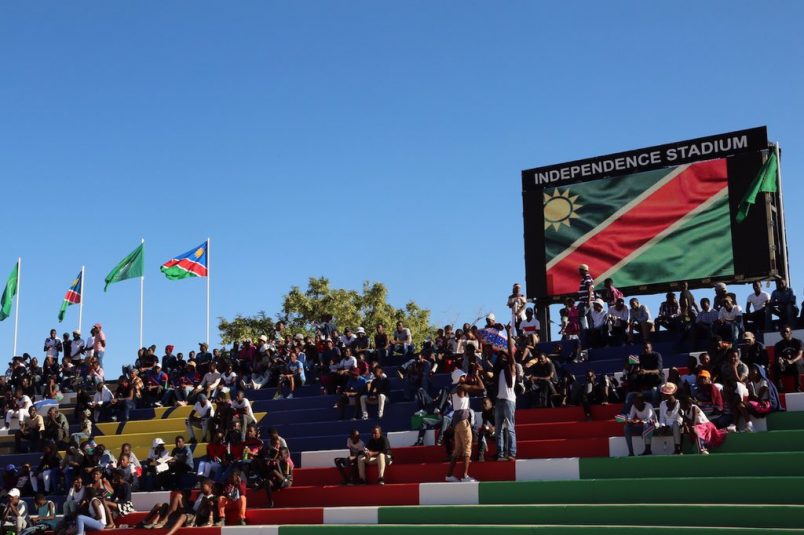 What if there was an Independence Day celebration but nobody came? That’s not quite what happened Thursday, but President Hage Geingob of Namibia found himself defending the government’s decision to mark the 29th anniversary to disgruntled citizens who thought it was a waste of money.

Geingob, with President Uhuru Kenyatta of Kenya as his guest, led the ceremonies at Independence Stadium in Windhoek – but the crowds were thin in the half-empty stadium, in a Namibia troubled by drought and economic challenges.

Opposition leaders, though, complained about the Independence Day confab, which featured military parades and a flyover, musician and dancers, and a parachute jump featuring the Namibian flag. Both the newly elected head of Nudo, Joseph Kauandenge, and Popular Democratic Movement leader McHenry Venaani scoffed at the party, and said unemployment, water issues and housing mattered more.

“The president chooses to pour champagne and caviar in the face of jobless, destitute, hungry and malnourished Namibians in the name of celebrating Independence,” Kauandenge told local media.

Geingob said he understands this is a difficult time for Namibia, but its nearly three decades of achievement far outweighed the frustration of the moment.  More than 400,000 Namibians were lifted from poverty between 1994 and 2000, the government is addressing corruption, and infrastructure development continues.

“The Namibia of 2019 is a far cry from the Namibia of 1990,” he said. “This, coupled with our hard-won freedom, is an achievement worthy of celebration.”