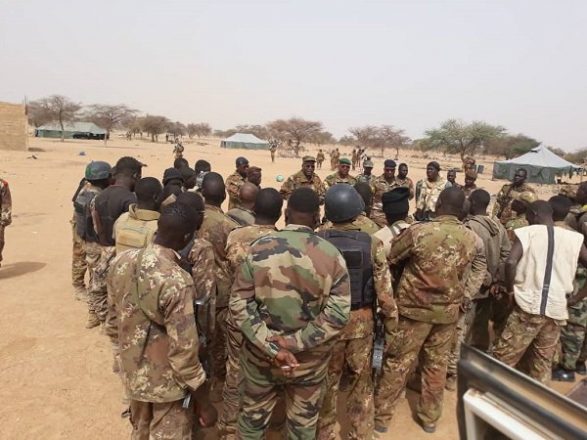 In Mali, the armed group JNIM (Group for the Support of Islam and Muslims) claimed responsibility on Friday for last weekend’s attack on a military base in Dioura in the central part of the Sahel nation.

In a statement from Al Zallaqa, the media arm of JNIM, it said its fighters killed 30 soldiers and wounded a number of others while losing three of their own. The group said it seized artillery guns, machine guns, vehicles and other equipment.

“This raid comes in response to the heinous crimes committed by the forces of the formal Bamako government” and those who support it, the statement said in English translation. The group claimed it was defending the Fulani, and denied a Malian Armed Forces claim that the JNIM operation was led by a deserter from their own ranks.

Malian forces said they lost 23 fighters in the attack, which occurred at 6 a.m. last Sunday morning.

President Ibrahim Boubacar Keïta condemned the attacks as shameful and cowardly, and vowed the Malian people will remain steadfast in their unity.

“We are at war,” Keïta said Thursday, recalling the sacrifice of the Dioura soldiers during a military ceremony for new recruits. “I hope my message is well understood, this is a word of order to the armed forces,” he said, stressing the need for “absolute vigilance” to prevent the exploitation of even small weaknesses.

“Our country, I say it once again, is not in peace,” Keïta said. “We face an asymmetric war, a treacherous war, without established rule, and everyone must know it.”