Home>Health>Idai-stricken Mozambique 'a ticking bomb' of humanitarian need
By AT editor - 26 March 2019 at 7:47 am 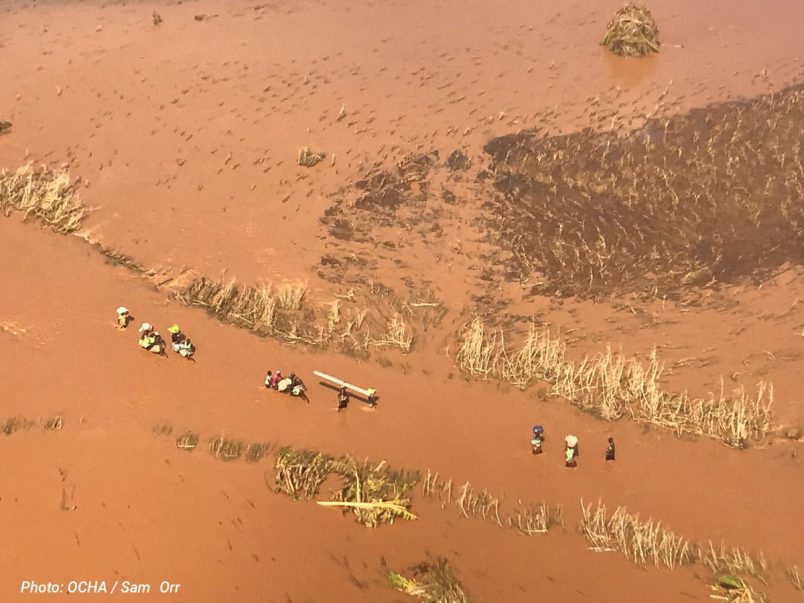 There are just six toilets for some 3,000 people taking shelter in 15 classrooms in a half-flooded school in Beira, just one example of the crisis that continues in Mozambique 10 days after Cyclone Idai devastated the country. All told, there are 110,000 people in regional shelters, and reports of malaria and cholera-like symptoms.

“So it’s not an exaggeration when I say that we are really sitting here on a water, sanitation and hygiene ticking bomb,” said Elhadj As Sy, Secretary General of the International Federation of Red Cross and Red Crescent Societies (IFRC), at the United Nations in Geneva on Monday.

Beira and Buzi, the region just across the river from a city of 500,000 people, took a catastrophic hit from the storm when it arrived March 14 with sustained winds of 175 kilometers (109 miles) per hour, a catastrophic storm surge, and heavy rains in the already-flooded southeast Africa region. The death toll in Mozambique has reached 446, authorities said, with another 300 people killed in Zimbabwe and Mali.

The death toll is expected to rise, but it’s the plight of the living that’s become a compelling humanitarian and international priority. Some inland areas are only now becoming accessible as the waters recede and rescuers can get to them.

“We flew over many – what used to be – forests but you could not even see the trees,” As Sy said. “Trees as high as 10 meters were all under water.”

The storm destroyed or submerged about 300 square kilometers. Food, water, fuel and other basic necessities remain in short supply, with Mozambique warning against price gouging as chicken, for example, sells for four times its normal price.

An initial IFRC appeal for around $10 million has been tripled to address the scale and magnitude of the crisis, As Sy said.