Home>News>HRW: Cameroon civilians caught between soldiers, separatists
By AT editor - 28 March 2019 at 5:53 pm 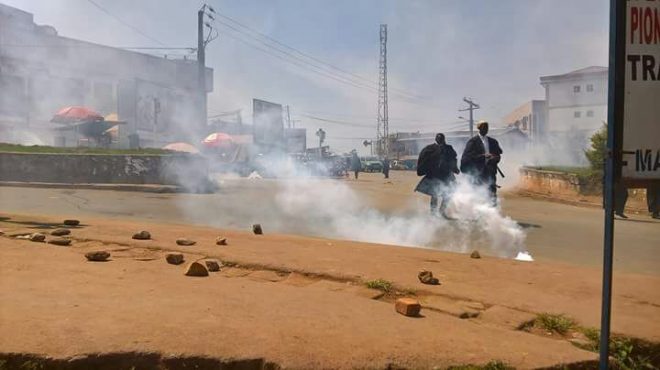 Since October 2016, when Cameroon’s English-speaking lawyers and teachers first launched peaceful protests to press government reforms for its Anglophone populations, there’s been no shortage of international concern over the deepening cycles of violence.

Yet they continue, with a new report from Human Rights Watch detailing the deaths, abductions and other consequences for civilians caught between government forces and armed Anglophone separatists.

The report released Thursday documents at least 170 civilian deaths in the Northwest and Southwest regions of the West African nation, in some 220 incidents since October. Schools, hospitals, businesses and churches all have been destroyed in the burned-out villages of Rom and Nsah, with satellite images confirming the destruction of dozens of homes in Abuh.

In a March 22 letter, the government led by longtime President Paul Biya denied any abuses by its security forces, with various reasons for military action in Abuh, Muteff, and Ngwah, or Mveh and Kumbo. They include claims that burned houses contained illegal petrol storage, or that terrorists planned a massive prison escape in a community that made the use of force necessary.

The Anglophone regions’ Ambazonian separatist leaders blamed government forces for some incidents, including abductions, and said its fighters are well disciplined. While some have been found guilty of abuses, they said, those fighters were sanctioned by the separatist interim government.

HRW calls on Cameroon’s partners, France in particular, to increase pressure on the government to ensure that both separatists and Cameroonian security forces are called to account for human rights violations. It also asks the UN Human Rights Council to insist on a fact-finding mission by the Office of the High Commissioner for Human Rights (OHCHR) or similar body, and appeals for action from the UN Security Council.