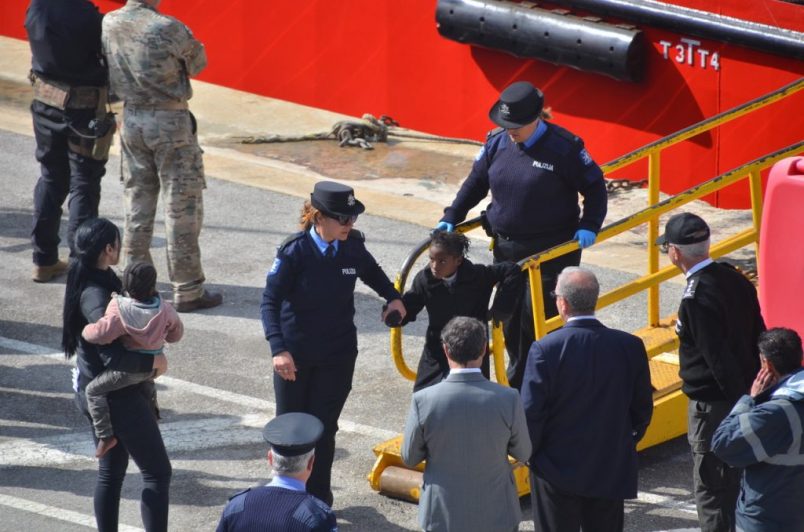 Five men arrested aboard the El Hiblu 1, following the alleged hijacking of the tanker after it picked up desperate migrants in the Mediterranean Sea this week, have been identified as West Africans.

That’s according to the German humanitarian NGO Mission Lifeline Search and Rescue, speaking with the Times of Malta. The migrants were taken to Malta after threatening to jump overboard rather than be returned to Libya. They have since been processed in Europe.

The five were not identified, but the migrant countries of origin were listed as Burkina Faso, Cameroon, Côte d’Ivoire, Gambia, Guinea, Mali, Nigeria and Senegal. More than half of the 108 people on board were women and children, the youngest a 6-month-old baby. The El Hiblu 1 was contacted in the area and responded to their distress call.

“What could I do?” said the captain of the El Hiblu 1, in an audio interview released by the NGO on Friday. He said he called but was refused permission to go to Malta, as has been the case for many rescue ships for months. His crew of six was overwhelmed by the desperation of far more migrants. He eventually told authorities he was no longer in control of the vessel, which headed north instead.

The incident puts a spotlight on Europe’s hardline stance against accepting migrants from the Mediterranean Sea routes, while returning them to the horrific conditions documented in Libya. Even some crew members were held in cells, said Mission Lifeline, as they asked what was the point of detaining people who saved migrant lives.

The five West Africans detained in Malta are believed to have orchestrated what authorities say is a hijacking, with Italy’s anti-immigration Matteo Salvini saying “it is proof that immigration is handled by criminals and must be blocked by any legal means necessary.”

Yet NGO s including Mission Lifeline and Sea Watch International say that’s not true. There was no violence, according to crew members, and the incident wasn’t piracy so much as self-defense.

“The horrifying conditions for people in Libya have been widely documented by a wide array of human rights monitors, including UN agencies. Migrants and refugees are known to be systematically subjected to arbitrary imprisonment, torture, sexual violence, kidnapping, extortion, slavery and even murder,” said Johannes Bayer, the head of Sea Watch.

“It is entirely legitimate for people found in distress at sea to reject being returned to Libya, the very place they know they will only continue to suffer the gravest of violations of their rights and the most degrading treatment.”