Home>News>Benin: Research identifies last surviving slave to leave Ouidah for the U.S.
By AT editor - 3 April 2019 at 6:55 am 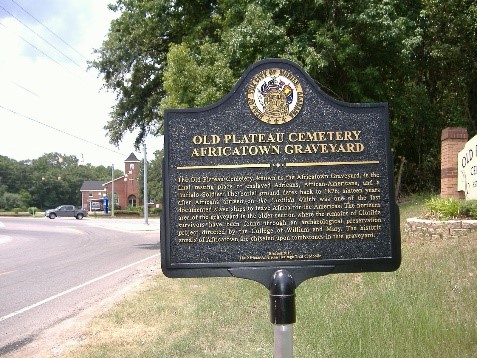 A British academic has discovered that a West African woman named Redoshi – later known as Sally Smith – was the last known survivor of the Atlantic slave trade and traveled on the same final ship that Cudjo Lewis did.

Lewis, also known as Oluale Kossola, was long believed the final survivor, but he died in 1935 and Redoshi lived another two years, dying in Alabama in the United States in 1937.

“Now we know that (slavery’s) horrors endured in living memory until 1937, and they allow us to meaningfully consider slavery from a West African woman’s perspective for the first time,” said Dr. Hannah Durkin of Newcastle University, who published her work in the journal Slavery and Abolition.

Durkin pieced together Redoshi’s story from other sources while doing unrelated research. They include a film, newspaper article, and writings by author Zora Neale Hurston and a memoir by civil rights activist Amelia Boynton Robinson.

“The only other documents we have of African women’s experiences of transatlantic slavery are fleeting allusions that were typically recorded by slave owners, so it is incredible to be able to tell Redoshi’s life story,” said Durkin.

“Rarely do we get to hear the story of an individual woman, let alone see what she looked like, how she dressed and where she lived.”

Last year, American journalist Ben Raines – working with a team of scientists – said he found the remains of the Clotilda, the final slave ship on which both Redoshi and Kossola traveled. That journey began in Ouidah on the Gulf of Guinea, according to the Government of Benin, which details his story on the “Revealing Benin” website.