Home>News>Bouteflika resigns with an emotional farewell to Algeria
By AT editor - 3 April 2019 at 4:26 pm 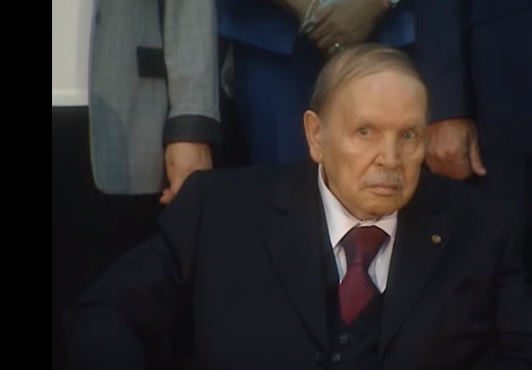 President Abdelaziz Bouteflika of Algeria resigned on Tuesday, ending weeks of speculation and confrontation. He followed the announcement with an emotional farewell letter to the Algerian people that recounted the successes of his long tenure but asked their forgiveness for his failings too.

“Soon, Algeria will have a new president, who may God help to continue to realize the hopes and aspirations” of the nation, he said. “I am not sad and I am not afraid of the future of our country, but I am confident that you will continue with your new leadership the process of reform, and that you will not be afraid for the future of our country.”

Bouteflika’s decision followed the announcement on Sunday of a new government, with a list of 27 ministers to serve under new Prime Minister Noureddine Bedoui.

Members of Bouteflika’s own National Liberation Front party pressed to have him removed in recent weeks, as massive street protests calling for him to step down stretched into a second month and the calls of opposition politicians for a resignation became louder.

Bouteflika removed himself from presidential candidacy last month, citing his advancing age and infirmity upon his return from seeking medical care in Geneva. He also postponed the April 18 elections.

Bouteflika vowed to deliver on a government reorganization, while setting the tone for new priorities including a national dialogue and constitutional reform, a crackdown on corruption, and a focus on opportunities for Algerian youth.

“Despite the difficult circumstances since February 22,” he said, “I am still hopeful that the nation’s march forward will not stop.”