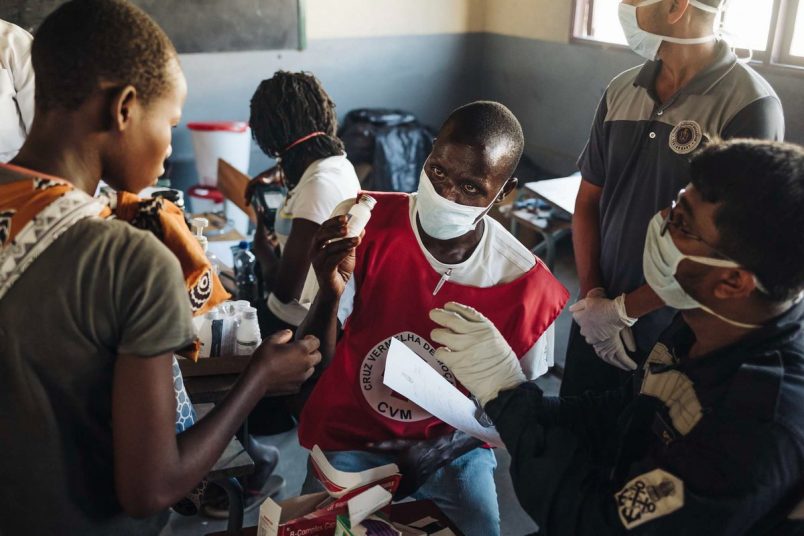 Reported cases of cholera in Mozambique soared past 1,400 people, according to Wednesday’s update from the UN Office for the Coordination of Humanitarian Affairs. That includes a first cholera fatality reported in the hard-hit port city of Beira.

The cholera spike, feared in the wake of devastating Cyclone Idai, prompted officials to begin mass vaccinations on Wednesday for the entire population of Beira, home to about a half million people prior to the storm. They’ll also be given to at-risk groups in parts of Dondo, Búzi and Nhamatanda, according to health officials. So far, 11 cholera treatment centers – five of them in Beira – have been set up.

Almost 600 people (598) have died in the weeks since the storm hit Mozambique, with at least 245 additional fatalities in the neighboring nations of Malawi and Zimbabwe.

Idai made landfall on March 14 near Beira with sustained winds of 175 kilometers (109 miles) per hour and gusts of 213 km/h and heavy rainfall, along with life-threatening storm surge. The system stalled over a region already damaged by floods during its first pass in early March.

President Filipe Nyusi has promised a comprehensive aid plan, including the suspension of any health care fees, free seeds and tools for farming, and redistributed books and other school materials. Some rail fares have been cut by 50 percent, as have electric utility costs.

Nyusi said 1.8 million people have been affected by the storm, more than 800,000 of them directly, according to surveys and satellite imagery.