Home>News>Pompeo declines comment on U.S. tourist abduction in Uganda
By AT editor - 4 April 2019 at 5:48 am 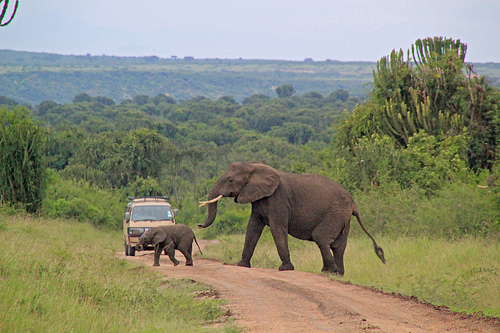 In the United States, Secretary of State Mike Pompeo declined to comment Wednesday on the reported abduction of a U.S. citizen in Uganda, when asked by reporters during a media availability held with the visiting Felix Tshisekedi of Democratic Republic of Congo.

Ugandan officials reported the attack by an armed group in Queen Elizabeth National Park, one of the country’s premier conservation areas and tourist destinations near the border of DR Congo. Police say they are looking for four armed men who kidnapped the 35-year-old U.S. citizen and a Ugandan driver.

“The kidnappers, using the victim’s phone, have demanded USD$500,000,” the Uganda Police Force statement said. “We strongly believe this ransom is the reason behind the kidnap.”

Two other travelers with the group were not taken and are safe. The safari tour vehicle in which they were traveling was left behind.

Members of the Ugandan military and its wildlife and conservation officers are assisting police.

The authorities said they were sealing off the border between the two countries, suggesting their concern that the assailants would try to go or possibly return to the DR Congo. The eastern Congolese provinces – the epicenter of the ongoing Ebola virus outbreak – have long been home to armed rebel groups.

“This is the first incident of its kind registered in such a peaceful setting,” the statement said. “Those planning to visit the national park and its surroundings should not be discouraged.”