Home>Finance & Economics>Eswatini wants proof that missing Gaddafi millions are with King Mswati III
By AT editor - 8 April 2019 at 9:32 pm 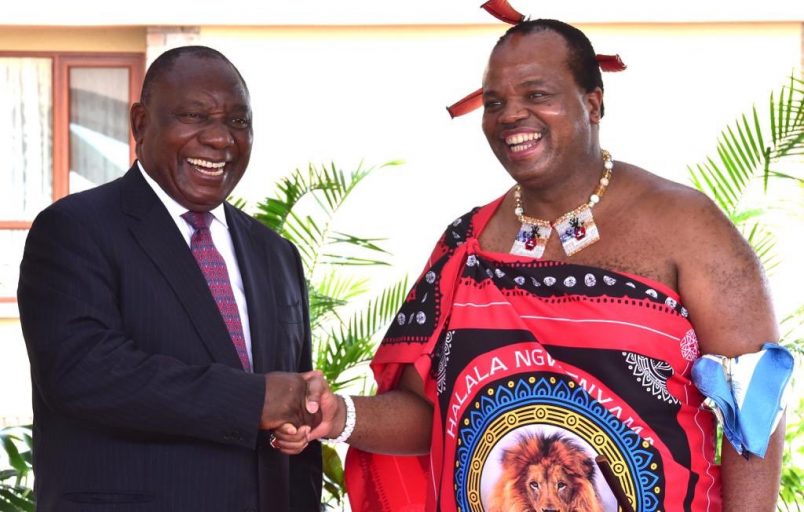 The government of eSwatini says it’s waiting to see more evidence that King Mswati III is in possession of USD$30 million, allegedly sent to South Africa by former Libyan leader Muammar Gaddafi before his 2011 death and then later shipped from South Africa to his nation.

Spokesman Percy Simelane told The Times of Swaziland that the eSwatini government is aware of the claims published by the Sunday Times but wants to see specifics before any further response. “It is that evidence that will make the story credible to us,” Simelane told the Mbabane-based outlet.

The Sunday Times account traces the money from Libya to former South African president Jacob Zuma, who allegedly hid the money at his residence in Nkandla. King Mswati originally denied that eSwatini had the money during a state visit with President Cyril Ramaphosa last month, but the South African journalists say he admitted to Ramaphosa last week that the money is with eSwatini.

The Sunday Times based its account on interviews with a South African intelligence source, who said the money was moved in five separate shipments to eSwatini during Zuma’s tenure. There is some speculation that Zuma, who stepped down amid the Gupta “state capture” scandal but was charged last year in an unrelated corruption case, planned to tap the funds to support his own legal defense.

The Democratic Alliance insists that Ramaphosa “come clean” about his involvement in the case of the missing millions, recover the money and ensure that the National Prosecuting Authority will hold Zuma accountable.

“It is completely unacceptable that Zuma remains free after aiding the late North African dictator and the NPA must act swiftly on these reports to ascertain their accuracy,” the DA said in its statement.