Home>News>Fighting intensifies in Libya as LNA refuses to halt advances
By AT editor - 11 April 2019 at 8:04 pm 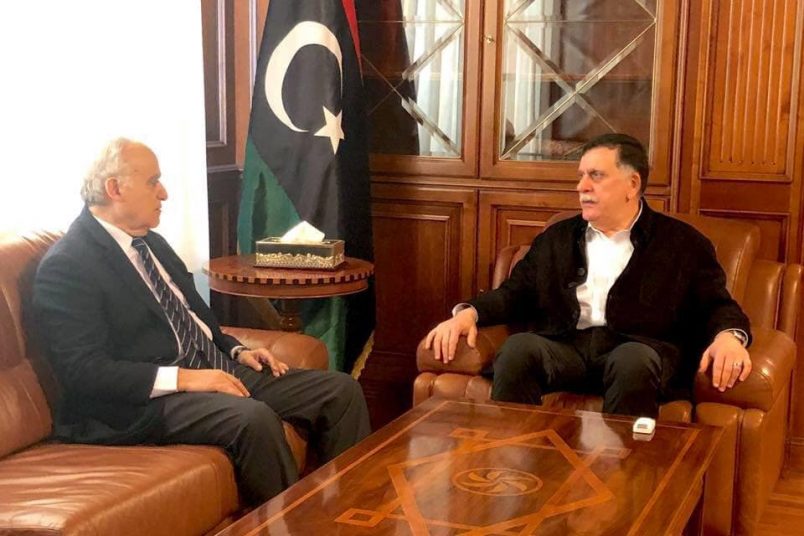 There is still time to avoid “a dramatic, bloody battle for Tripoli,” the United Nations Secretary General said late Wednesday, but there’s little optimism that will be the case amid intensifying clashes.

Abdel Salam al-Hassi, the commander of Libyan National Army (LNA) forces led by Khalifa Haftar, told Asharq Al-Awsat on Thursday that the LNA will not stop its advances on Tripoli, home to the internationally recognized Government of National Accord (GNA) led by Fayez Al-Sarraj.

Haftar announced a week ago that the LNA, which already controls much of eastern and southern Libya in support of a rival Libyan government, would advance to “liberate Tripoli” from its armed militia groups. The GNA-aligned forces have countered their attacks on the outskirts of the city, with at least 8,000 people fleeing the fighting, the UN said.

Haftar’s unilateral move has defied appeals from the international community to move forward with a national dialogue as a pathway to peaceful elections, and throws Haftar’s commitment to a civilian government into uncertainty. The LNA has thus far rejected appeals for a ceasefire.

The hard-won national conference, to which both Haftar and Sarraj agreed, was set to begin Sunday in Ghadames, a northwestern Libyan town nestled into the Algerian border. Ghassan Salamé, the Special Representative of the UN Secretary-General and Head of the UN Support Mission in Libya (UNSMIL), said earlier this week that participants can’t be expected to attend amid the gunfire and the airstrikes.

Guterres said he hopes the Ghadames process will still resume and praised Salamé’s efforts to meet with Sarraj to de-escalate the situation.