Home>News>Parliament suspended as Thabane, Lesotho are mired in instability
By AT editor - 11 April 2019 at 9:33 pm 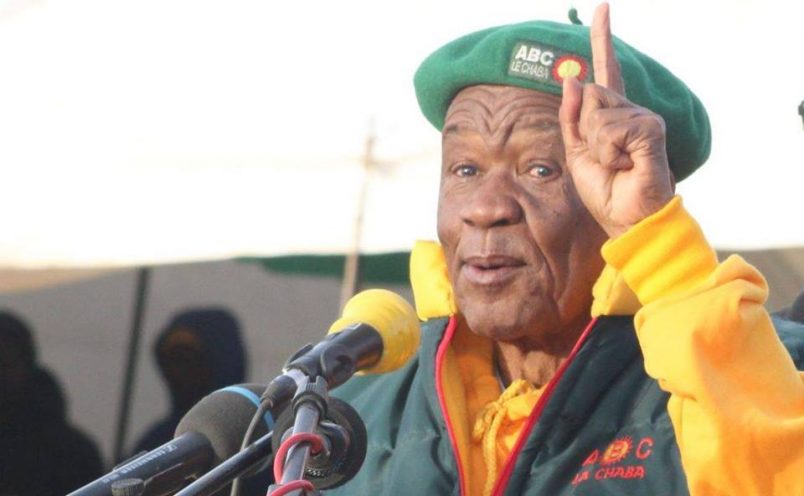 Lesotho’s parliamentary meetings have been suspended indefinitely in what many views as a move to protect Prime Minister Tom Thabane – at odds with the ruling All Basotho Convention – from a no confidence vote.

The National Assembly had its final meeting on Monday, while Thabane called a meeting of ABC lawmakers the next day, the Lesotho Times reported. He’s hoping to forestall a crisis by smoothing out relationships after months of conflict between warring factions within his ABC party.

The divisions followed the February election of Nqosa Mahao to help lead the ABC’s national executive committee, which historically has been a pathway for Lesotho leaders who succeed the prime minister. Mahao’s success touched off a firestorm after Thabane had promised the ABC would never elect him, and he was rejected by ABC stalwarts who view Mahao as an outsider maneuvering his way to the top.

The suspension of Lesotho’s parliament meetings provides a window to settle the ABC scores, while at least postponing a measure that would allow the National Assembly to cast secret ballots when a no-confidence vote is brought against a prime minister.

Lesotho has seen a number of such votes: Thabane took control in June 2017, as Lesotho’s voters headed to the polls for the third time in five years to replace Pakalitha Mosisili, who in turn had replaced Thabane himself. The ABC is part of a governing coalition that includes the Alliance of Democrats (AD), Basotho National Party (BNP) Reformd Congress of Lesotho (RCL).

Meanwhile, there is deep concern over Lesotho’s inability – yet again – to implement reforms in keeping with its Southern African Development Community (SADC) agreements. After several extensions, the SADC has been unyielding about its upcoming May 19 deadline.

The SADC has warned that Lesotho must implement a roadmap process focused on four sectors: constitutional reform, security sector, public service and media.